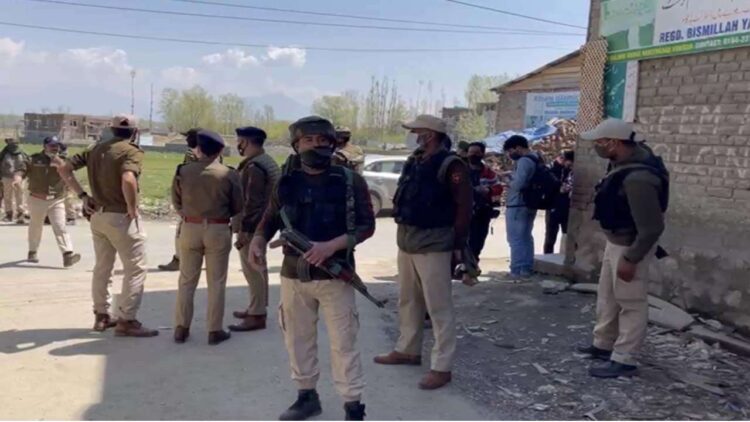 The terrorists fired upon the guard post of Khan’s residence at the Arigam area of Nowgam in the outskirts of the city here this morning, injuring critically a police cop who later succumbed in hospital.

An eyewitness said that two terrorists knocked on the door of the BJP leader’s house. As the guarding cop opened the door terrorists fired upon him and flee from the spot.

According to sources, the terrorists took the police cops’ weapons also.

SSP Srinagar said, “Terrorists attacked house guard of BJP leader Anwar Khan at Naugam. One sentry Rameez Ahmad was critically injured in the attack.” Further, he added, “The sentry succumbed to his injuries.”

Sources in the police said, “The militants also decamped with a rifle of the policeman who was posted on guard duties at the BJP leader Anwar Khan’s residence.”

Police said, “The BJP leader was not at his residence when the militants carried out the attack and he is safe.”

In the last week, this is the third such attack carried by terrorists in Kashmir. Earlier on March 25, a CRPF ROP was attacked in Lawaypora killing three CRPF jawans. On March 29, militants attacked a councillor meeting in Sopor, North Kashmir killing two councillors and a police cop and now in the third attack today at Nowgam one cop was martyred.

The situation seems worrying for security forces and all protected person security and security movements is being reviewed. It’s to be seen how security forces will counter this new strategy of hit and run adopted by terrorists.