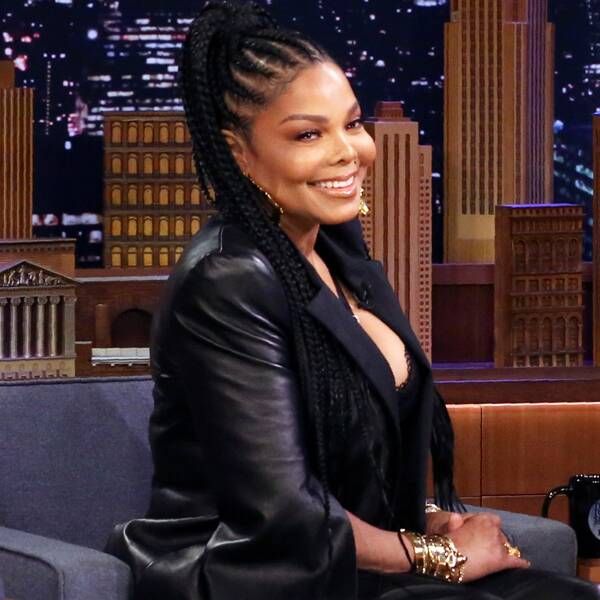 Janet Jackson is feeling the love on social media!

As of late, the legendary singer has been a trending topic following the release of “Framing Britney Spears,” an episode from The New York Times Presents docu-series that highlighted Britney Spears‘ rise to fame and how she ended up in a conservatorship.

So how does Janet fit into all of this? Two words: Justin Timberlake.

In light of “Framing Britney Spears,” the former NSYNC member has faced backlash for the way he handled his breakup with the “Gimme More” singer in 2002. Moreover, with the Super Bowl game on Feb. 7, many couldn’t help but be reminded of JT’s controversial Halftime Time Show with the “Rhythm Nation” star in 2004. At the time, Janet was the only one under fire for the performance.

After receiving criticism, Justin apologized to both Britney and Janet for his “ignorance” and for how his “actions contributed to the problem.”

Following his apology, many fans shared their support for the female icons, and it appears Janet is aware of everything going on.

Every Time Janet Jackson Has Made History

On Friday, Feb. 12, Tinashe praised the “All for You” crooner on Twitter, writing, “Anyone who knows me knows Britney Spears and Janet Jackson are literally my two biggest idols in the whole universe and I just hope they know how much they mean to me/us.”

When a follower asked the 28-year-old singer what her favorite Janet song was, she responded, “The velvet rope album is my favorite album of all time.”

Shortly after, the legend herself jumped into the comments section and reacted to Tinashe’s post with a black heart emoji and hug emoji.

“We love you, Queen,” Tinashe replied with a crown emoji and red heart emoji.

Janet’s reaction may have been subtle but fans took it as a sign that she’s aware of what’s going on. However, at this time, the Black Diamond singer is keeping her thoughts and feelings about the whole ordeal to herself.

In 2006, Janet addressed her and Justin’s Super Bowl performance in an interview with Oprah Winfrey, saying, “I think they did put all the emphasis on me, as opposed to us.”

During the interview, she told the talk show host that she had yet to hear from the “SexyBack” singer—someone who she not only had a professional relationship with but considered a friend. “Friendship is very important to me,” Janet shared, “and certain things you just don’t do to friends. In my own time, I’ll give him a call.”

When Oprah asked if Janet felt Justin had left her “out there hanging,” she responded, “To a certain degree.”

In 2018, Justin was asked to headline the Super Bowl Halftime Show, while Janet has remained unwelcome at football’s biggest night.

In his apology, the “Cry Me a River” singer acknowledged how his silence over the scandal spoke volumes.

“I am deeply sorry for the time in my life where my actions contributed to the problem, where I spoke out of turn, or did not speak up for what was right,” he wrote on Instagram on Feb. 12. “I understand that I fell short in these moments and in many others and benefited from a system that condones misogyny and racism.”

“I specifically want to apologize to Britney Spears and Janet Jackson both individually, because I care for and respect these women and I know I failed,” he continued, “I also feel compelled to respond, in part, because everyone involved deserves better and most importantly, because this is a larger conversation that I whole heartedly want to be part of and grow from.”

“Because of my ignorance, I didn’t recognize it for all that it was while it was happening in my own life but I do not want to ever benefit from others being pulled down again. I have not been perfect in navigating all of this throughout my career,” he shared. “I know this apology is a first step and doesn’t absolve the past. I want to take accountability for my own missteps in all of this as well as be part of a world that uplifts and supports.”

He concluded, “I care deeply about the wellbeing of the people I love and have loved. I can do better and I will do better.”

Click here to see the biggest moments from the “Framing Britney Spears” episode, which is streaming on Hulu.