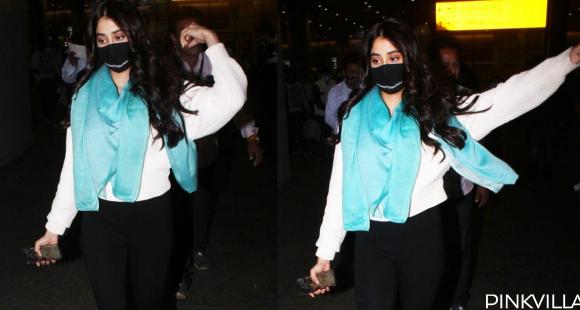 Janhvi Kapoor, who was quite close to her mother Sridevi, has been missing the legendary actress and she has proved it time and again.

Janhvi Kapoor having mommy Sridevi’s pic as her phone wallpaper will make your heart melt; Check it out

Sridevi’s unfortunate demise on February 24, 2018, was a massive jolt not just to her family but to the entire nation. And while it’s been around three years since the legendary actress breathed her last, her massive fan following continues to miss her, they often share throwback pictures and videos of Sridevi to pay a tribute to the late actress. In fact, her family also pens a heartfelt note for the English Vinglish star which does leave us with a heavy heart.

However, we recently got hold of a recent picture of Sridevi’s daughter Janhvi Kapoor which proves that the young actress is still missing her mother. Recently, the Gunjan Saxena: The Kargil Girl actress was papped at the airport. While the actress nailed her airport fashion with her white sweatshirt, black trousers and icy blue stole, it was her phone wallpaper which grabbed the eyeballs. Interestingly, Janhvi has her mother Sridevi’s pic as her phone’s wallpaper. Yes! The actress Dhadak girl’ phone has a picture of Sridevi dressed in a golden sari as her wallpaper. Meanwhile talking about the work front, Janhvi Kapoor is currently shooting for Good Luck Jerry wherein she will apparently have a girl next door look. The team was recently shooting in Chandigarh for the same. On the other hand, the actress also has some interesting movies in the pipeline which include Roohi Afzana with Rajkummar Rao and Karan Johar’s much talked about period drama Takht with Ranveer Singh, Vicky Kaushal, Kareena Kapoor Khan, Alia Bhatt, Bhumi Pednekar and Anil Kapoor.

Also Read: Janhvi Kapoor reminds us of Sridevi in a bindi & braid in BTS photos from Good Luck Jerry set in Chandigarh

Janhvi Kapoor having mommy Sridevi’s pic as her phone wallpaper will make your heart melt; Check it out