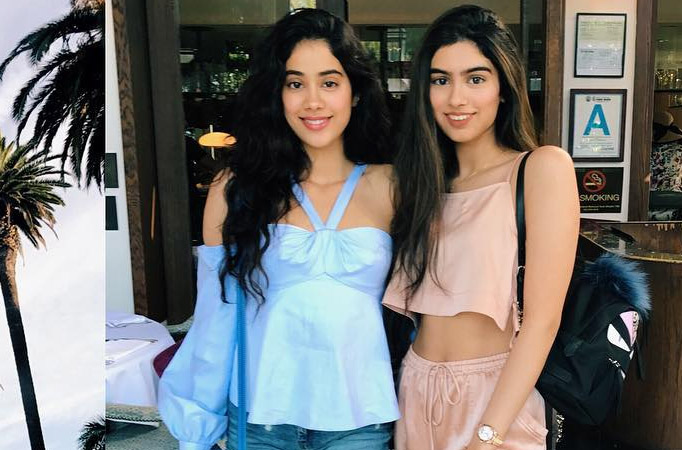 Janhvi Kapoor took to her Instagram and shared sis Khushi’s Insta post and told her fans that she’s cooler than her. 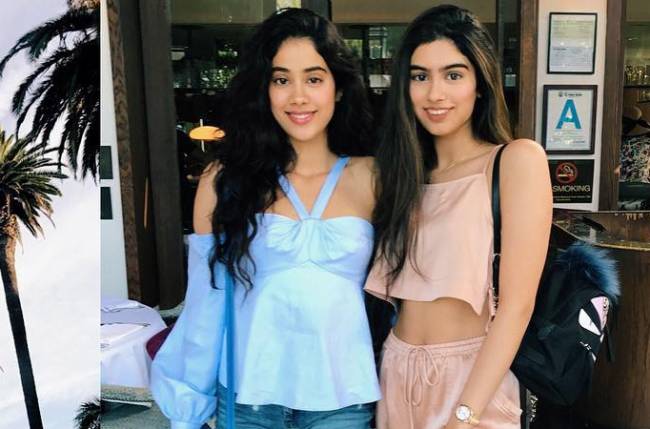 MUMBAI: Janhvi Kapoor and sister Khushi Kapoor are undoubtedly the undisputed divas on social media. While Janhvi has already stepped into the world of glamour with her Bollywood debut Dhadak, her younger sister Khushi Kapoor sends her fans in a tizzy every time she posts a picture on her Insta account. Both the star kids always ace the fashion and social media game and have many fan accounts to their credit. But Janhvi Kapoor believes her younger sister is much cooler than her. How?

A while back, Janhvi Kapoor took to her Insta stories and shared sis Khushi’s Insta post and told her fans that she’s cooler than her. The picture is a collage of Khushi’s 3 kissed photos which has sunflower and butterflies on it. Captioning the photo she wrote, “Now all of you’ll can see Khushi Kapoor being cooler than me on Insta.” Just a few months back, Jr. Kapoor made her Insta public. Khushi Kapoor enjoys the massive fan following of 338K followers.

From a year now, reports around Khushi Kapoor’s Bollywood debut has been making headlines. Earlier spilling the beans on Khushi’s acting debut, daddy Boney Kapoor had told Bombay Times, “Yes, Khushi is also keen on acting. You will hear an announcement soon. I have the resources, but I would rather have someone else launch her because I am her father and one tends to get indulgent. You can’t afford to do that as a filmmaker and nor is it good for the actor. Anil (brother Anil Kapoor) was still an established actor, so it didn’t affect him much, but I think I became an indulgent brother with Sanjay (Sanjay Kapoor) when he made his entry into films.”

On the work front, Janhvi Kapoor was last seen in Gunjan Saxena: The Kargil Girl. She now has Roohi Afzana, Dostana 2 and Good Luck Jerry in the pipeline.

ALSO READ – (WHAT! Navya Naveli Nanda and Taimur Ali Khan are cousins?; Read to know how )

Janhvi Kapoor says her sister Khushi Kapoor Is cooler than her by sharing the post, have a look

X
What! Is Faisal Shaikh in a relationship with his co-star Ruhi Singh? The actor …TVNews Faisu and Ruhi Singh were recently seen in the web series Bang Baang. 30 Jan 2021 01:42 PM Mumbai MUMBAI: Faisal Shaikh aka Faisu is immensely po…
close