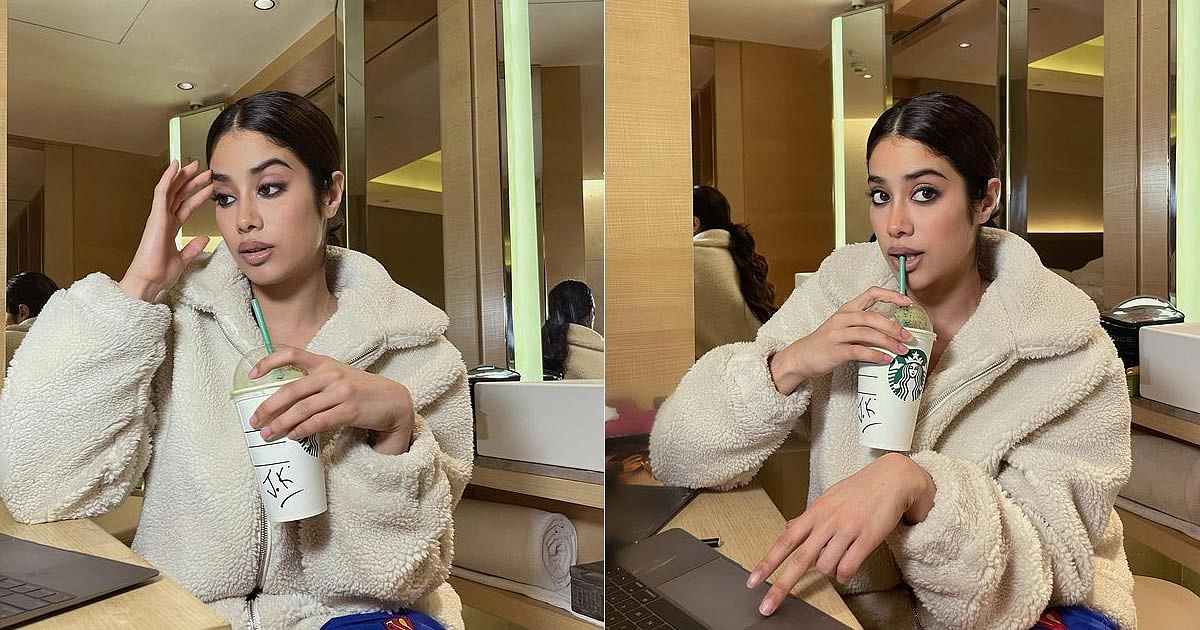 Bollywood actress Janhvi Kapoor doesn’t seem to like the concept of working from home very much, going by a new post on social media.

Janhvi posted a string of pictures on Instagram, sitting in front of a laptop and looking disinterested. She weras a thick jackeyt and sips on her drink.

“Work from home they said. It’ll be fun they said,” Janhvi Kapoor wrote as the caption.

Janhvi will next feature in “Good Luck Jerry“, which has begun shooting in Punjab. Directed by Sidharth Sengupta and written by Pankaj Matta, the film also stars Deepak Dobriyal, Meeta Vashishth, Neeraj Sood and Sushant Singh. Her other films lined up are “Roohi Afzana” and “Dostana 2”.

In the video, Janhvi is seen grooving along with the Kareena Kapoor song “San sanana” from the 2001 period drama “Asoka”, starring Shah Rukh Khan.

Janhvi’s performance received mixed reactions from netizens. While fans blindly appreciated her performance, many felt she is yet to nail the art of belly-dancing.

Back to Top
Close Add post
X
Halsey Announces Pregnancy With Stunning Photo Shoot: ‘Surprise!’…HollywoodSome big news for Halsey: She's going to be mom! The 26-year-old singer from New Jersey announced her pregnancy on Wednesday (January 27) with a color…

Janhvi Kapoor While Working From Home Is Giving Her Fans Some 'Kool' Kardashian Vibes!

X
Ariana Grande’s ’34+35′ Meaning Surprised Tayla Parx, Her Co-W…HollywoodFor Tayla Parx, everything is about the music. "When you start adding ego into [it], saying, 'Well, I have to write this,' that's not about the song, …
close