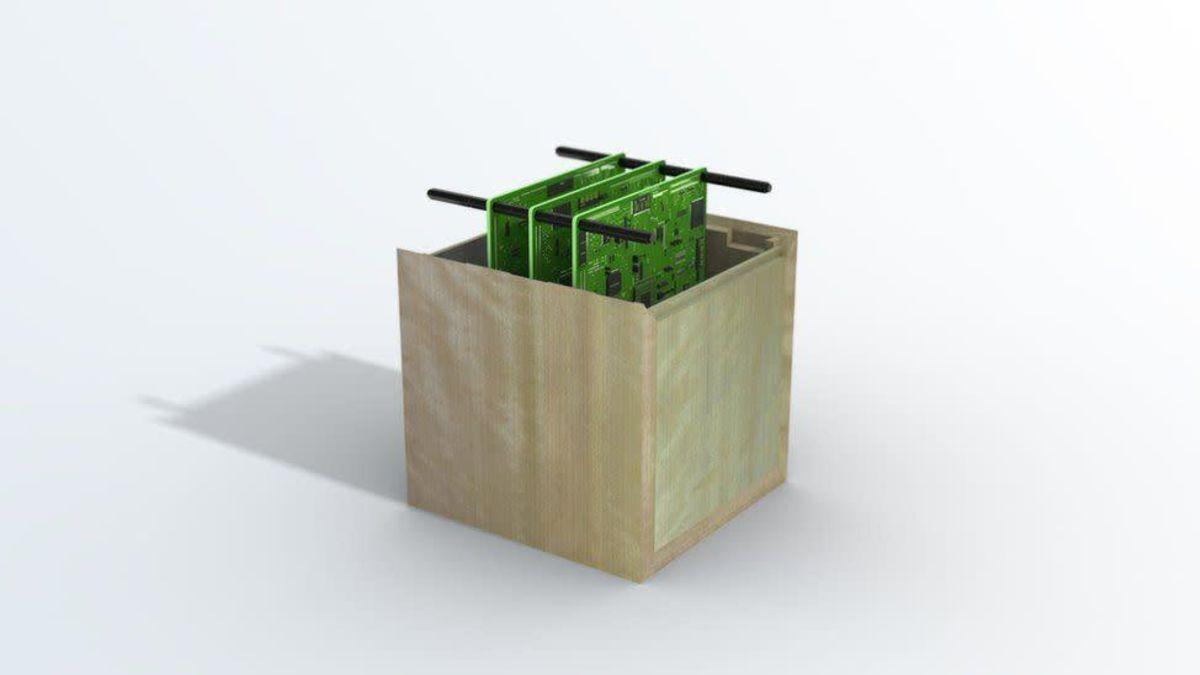 Floating around the Earth is a bunch of satellites. Cool for GPS, monitoring weather patterns, and the internet—not so cool for space junk. This is why Sumitomo Forestry and Kyoto University are teaming up to create the world’s first wooden satellites by 2023.

You might think metal satellites burn up on re-entry, but as it turns out, it’s not that simple. “We are very concerned with the fact that all the satellites which re-enter the Earth’s atmosphere burn and create tiny alumina particles which will float in the upper atmosphere for many years,” Takao Doi, an astronaut and Kyoto University professor, told the BBC when speaking about the project. “Eventually it will affect the environment of the Earth.”

Wood, however, would entirely burn up upon re-entry without leaving harmful substances in the atmosphere—or perhaps scattering dangerous debris. According to Nikkei Asia, another reason the researchers are experimenting with wood is that it doesn’t block electromagnetic waves or the Earth’s own magnetic field. That means wooden satellites could have simpler builds, as components like antennas could be placed inside the satellite itself.

As for the type of wood, Sumitomo Forestry is keeping mum. The company merely told the BBC it was an “R&D” secret, but that it would be resistant to temperature changes, sunlight, and extreme weather conditions. Sumitomo Forestry and Kyoto University also said that they’d also study the feasibility of building wooden structures in space through March 2024.

For now, Sumitomo Forestry and Kyoto University are aiming to create a “proof of concept” and research tree growth and how wood materials behave in space. The next step, according to Doi, is to create an engineering model for the satellite, followed by a flight model. But even if wooden satellites don’t become a thing, it’s possible that whatever wood is developed could be used in more extreme environments on Earth.

According to the World Economic Forum, there are roughly 6,000 satellites currently in orbit, of which 60% are actually defunct. Meanwhile, 990 satellites are estimated to be launched every year for the next decade. The WEF also notes that there are more than half a million pieces of space trash larger than a marble currently floating around the Earth and 20,000 pieces of debris that are larger than a softball. These pieces of trash aren’t static. They are actually moving at speeds up to 17,500 miles per hour, the speed necessary to remain in orbit and not fall back to the Earth itself. According to NASA, more space junk presents an increasing danger of collision to all types of spacecraft, including the International Space Station, shuttles, and any other type of vessel that may carry humans. (In fact, the NASA and Russian flight controllers regularly practice avoidance maneuvers to protect the ISS from space junk.) The debris doesn’t even need to be particularly large to cause damage—even paint flecks have been shown to damage space shuttle windows.

The problem of space clutter is only getting worse, as both Elon Musk’s SpaceX and Amazon’s Project Kuiper race to launch thousands of satellites into orbit to provide low-cost internet. Meanwhile, astronomers have also expressed concern that these satellite constellations could potentially disrupt their ability to observe the cosmos. It’s unclear how much wooden satellites would alleviate the problem, but hey, it’s gotta be better than sticking more metal junk up there.