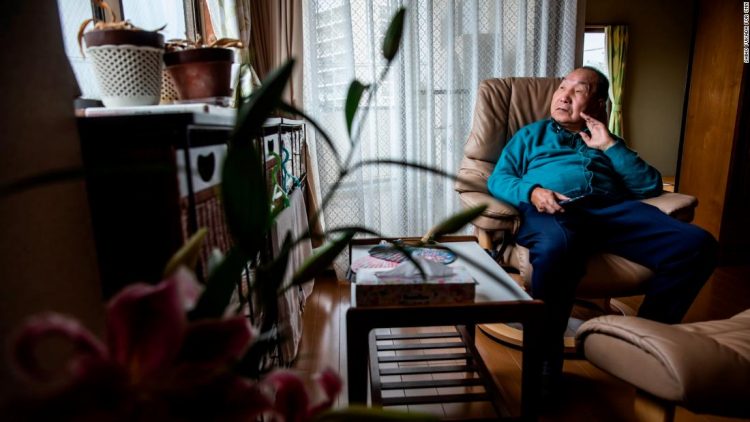 Former professional boxer Iwao Hakamada — declared the world’s longest-serving death row inmate by Guinness World Records in 2014 — was accused of robbery, arson and the murder of his boss, his boss’ wife and their two children in 1966. The family was found stabbed to death in their incinerated home in Shizuoka, central Japan.

Hakamada initially admitted to all charges before changing his plea at trial. He was sentenced to death in a 2-1 decision by judges, despite repeatedly alleging that police had fabricated evidence and forced him to confess by beating and threatening him.

In 2014, in a rare reversal for Japan’s rigid justice system, the Shizuoka District Court ordered a retrial and freed Hakamada on the grounds of his age and fragile mental state. But four years later, the Tokyo High Court scrapped the request for a retrial, for reasons it would not confirm to CNN.

Hakamada’s defense team then appealed to the Supreme Court.

“We were afraid that Hakamada could be redetained at any moment and given the death penalty. But at least now, with the hope of a retrial, we know he is safe,” said Kiyomi Tsunagoe, a lawyer on Hakamada’s defense team, on Thursday.

Tsunagoe added that Hakamada’s case will return to the Tokyo High Court for fresh deliberation — although a retrial is still not guaranteed, and the defense team is now awaiting the high court’s response. Tsunagoe said it was unclear when this would come.

Japan puts far fewer people in prison than most developed countries: 39 per 100,000 people, compared with 655 in the United States and 124 in Spain, according to the World Prison Brief website.
But the country is known to have a rigid criminal justice system, with a 99.9% conviction rate. According to a 2019 report released by the Cabinet Office, 80% of people surveyed also supported the death penalty.

Hakamada’s sister, Hideko Hakamada, has maintained her brother fell victim to “hostage justice,” when police allegedly strip suspects of their right to remain silent and coerce them to confess.

Hakamada now lives with his sister in Hamamatsu city, Shizuoka prefecture. Though he will likely never return to full mental health, Hideko Hakamada told CNN in March that her brother’s condition was improving, and he had lost a limp that he developed while on death row.

Unlike in the US where execution dates are set in advance, death-row prisoners in Japan are executed in secret, with no advance warning given to the inmate, their family or legal representatives, according to Amnesty International.

Prisoners often only learn of their execution hours before it’s due to take place. Authorities say this occurs “out of consideration that an advance notice would disturb the inmate’s peace of mind and might cause further suffering.”

Usually, inmates must be executed within six months of their sentencing hearing. But Tsunogae says this rarely happens, and many end up waiting years.

Capital punishment is usually reserved for those who have committed multiple murders. All executions are carried out by hanging.