Jasmin Bhasin’s father opens up on her relationship with Aly Goni, wants her to focus on career first; Details Inside

Jasmin Bhasin’s father Surpal Singh has spilled the beans on her relationship with Aly Goni. Read on further to know what he has to say. 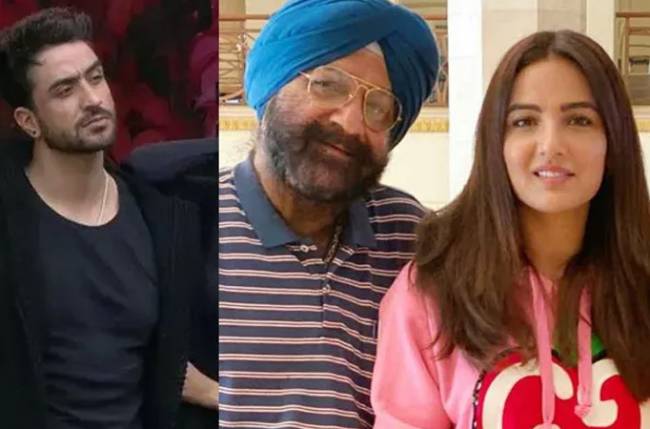 MUMBAI: Jasmin Bhasin’s relationship with Bigg Boss 14 contestant Aly Goni has been the talk of the town. Post getting eliminated from the reality show, the popular television actress has been quite vocal about her feelings for Aly and admitted falling in love with him. Jasmin’s father also said she does not mind getting married to her best friend and will make him meet her parents once he comes out of BB house.

During the family week task, we saw Jasmin’s parents were not happy about her relationship with Aly as they asked her to concentrate on her game only. Later, the Dil Se Dil Tak actress cleared the air about it and said her parents were completely misunderstood. Now, in a recent interview  Jasmin’s father Surpal Singh has opened up about his daughter’s relationship with Aly Goni. He said, “We know they are friends. But I won’t comment on it further.”

Further, when asked about the actress’ eviction, he said Jasmin will get a lot more good opportunities and this is the time for her to focus on her career.

Earlier while talking about her wedding plans, the Tashan-e-Ishq star had told  “I have fallen in love and it’s a beautiful feeling. I don’t mind getting married this year, my parents are okay with it. Once Aly comes out, they will meet his parents. We need to know what his parents have to say about it. I have met them a few times, but pehle hum sirf dost the. Once they approve our relationship, phir main wait nahi karungi, I will get married. I know Aly is the one for me.”

Realme Watch 2 Appears on US FCC Site With Massive Details

Realme Watch 2 specifications and images have surfaced on the US...
Read more

Fans of Aly Goni have a lot to look forward to. The...
Read more

Sex Education Season 3: Release Date And Here Are All The Details...

The third season of Sex Education had to be delayed due...
Read more

Rubber Board to hold training course on Jan 29

These Bollywood couples kept their marriage a hush-hush affair