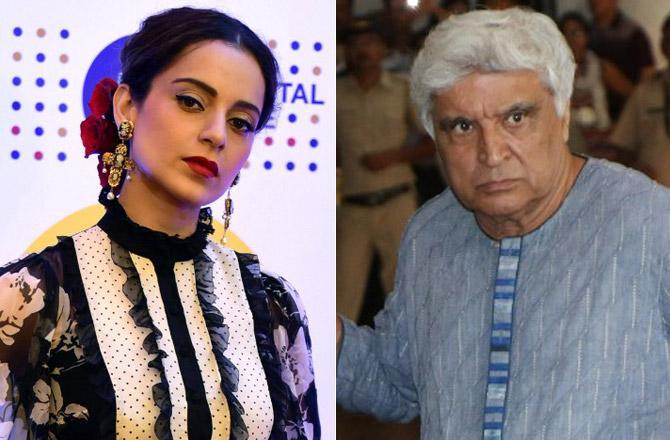 Bollywood lyricist Javed Akhtar on Thursday recorded his statement through his lawyer before a metropolitan court in connection with the complaint of defamation filed by him against actor Kangana Ranaut.

Akhtar had last month filed a criminal complaint against Ranaut before the Andheri Metropolitan Magistrate, for allegedly making defamatory and baseless comments against him in television interviews. He had sought action against the actor under relevant sections of the IPC.

As part of the process, the veteran poet-lyricist recorded his statement through his lawyer before the magistrate for verification of the complaint. The court is slated to hear the matter on December 19.

The complaint said that Ranaut had made baseless comments against Akhtar, which caused damage to his reputation. It added that Ranaut dragged Akhtar’s name while referring to a “coterie” existing in Bollywood following the death of actor Sushant Singh Rajput in June this year. She had also claimed that Akhtar had threatened her to not speak about her alleged relationship with actor Hrithik Roshan, it said.

All these statements made by Ranaut have garnered views in lakhs and thus tarnished Akhtar’s reputation, the complaint said.