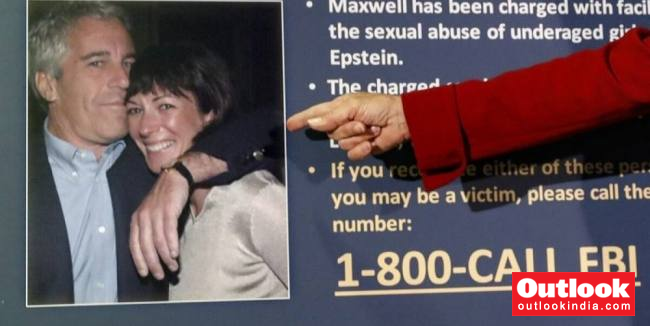 A British socialite charged with recruiting teenage girls for financier Jeffrey Epstein to sexually abuse in the 1990s asked a judge Monday to dismiss the case on multiple grounds, including that a deal years ago not to prosecute Epstein and others should shield her from prosecution.

Lawyers for Ghislaine Maxwell said the indictment against their client was obtained unjustly and doesn’t allege crimes specific enough to bring before a jury.

But they listed first among 12 separate arguments attacking the indictment that a non-prosecution deal Epstein reached with the federal government a dozen years ago should shield Maxwell from prosecution too.

The agreement sought to protect Epstein and those around him, but Maxwell was not identified by name in the document that was signed as Epstein agreed to plead guilty to state charges in Florida that forced him to register as a sex offender afterwards.

Lawyers for Epstein had planned to argue that the deal with federal prosecutors in Florida in 2008 protected him against sex trafficking charges lodged against him in July 2019 in New York City.

Manhattan federal prosecutors maintained they could proceed against Epstein or those who worked for him regardless.

Epstein killed himself at a Manhattan federal lockup a month after his arrest.

Maxwell, 59, was arrested last July and has remained jailed on grounds she might flee.

She has pleaded not guilty to charges that she recruited three teenage girls, including a 14-year-old, for Epstein to sexually abuse from 1994 to 1997. The indictment alleged she sometimes joined in the abuse.

Federal prosecutors declined through a spokesperson to comment. They will file arguments in response in a few weeks.

Maxwell”s trial is scheduled for July. In a recent bail application, Maxwell revealed that she had set aside USD 7.67 million to be spent on lawyers out of USD 22.5 million in assets belonging to herself and her husband.

In the event Maxwel”s lawyers can’t force a dismissal of the charges against her, they also made requests that would reduce the number of charges she faces.

Among the more unusual filings was a claim that the indictment should be thrown out because it was obtained from a grand jury seated outside New York City in White Plains, where the lawyers said Black and Hispanic grand jurors would have been underrepresented.

They said the coronavirus outbreak was used as an excuse to seat the grand jury outside of New York City when the pandemic was killing thousands of city residents. In a footnote, they wrote: “The fact that Ms Maxwell herself is neither Black nor Hispanic does not deprive of her of standing to raise this challenge.”

They said the fact that a Manhattan grand jury convened as early as June 25 showed there was no reason for prosecutors not to wait “other than a publicity-driven desire to arrest Ms.

Maxwell on the anniversary of the Epstein indictment.”

The lawyers also asked that Maxwell be tried separately on charges that she committed perjury when she testified in a civil case brought by one of Epstein’s accusers.

They said prosecutors were using those charges improperly as a way to introduce evidence from after the 1990s.