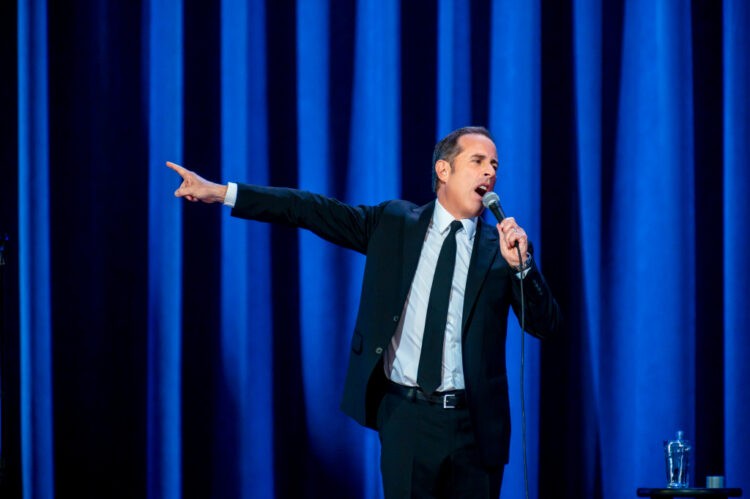 Jerry Seinfeld will be first comic on the reopened stage of the Gotham Comedy Club in Manhattan tonight, the sitcom great confirmed in a tweet today.

In another tweet, Seinfeld wrote, “You better believe I will be on stage tonight,” adding, “Opening God Damn Night! NYC Lives!” (That tweet had an incorrect start time, which Seinfeld changed in the subsequent tweet.)

The comedy club, like other live venues in New York State, will open today in limited capacity. Earlier this week, the club tweeted a message that it would reopen on April 2 and 3 with a special “Gotham All-Stars” line-up. Though a photo of Seinfeld accompanied the tweet, no names were announced.

The performance is sold out.

The comedy club, located adjacent to the famed Chelsea Hotel on Manhattan’s W. 23rd Street, has been a sort of home stage to scores of top comics over the years, including Seinfeld, Dave Chappelle, Chris Rock and many others.

I asked @GothamComedy if I could be the first on stage at 7:00pm. They said ‘Yes’.
So that’s when.

This Friday and Saturday, stop by the club and see some of our favorite Gotham All-Stars! https://t.co/GZU18sTGw0