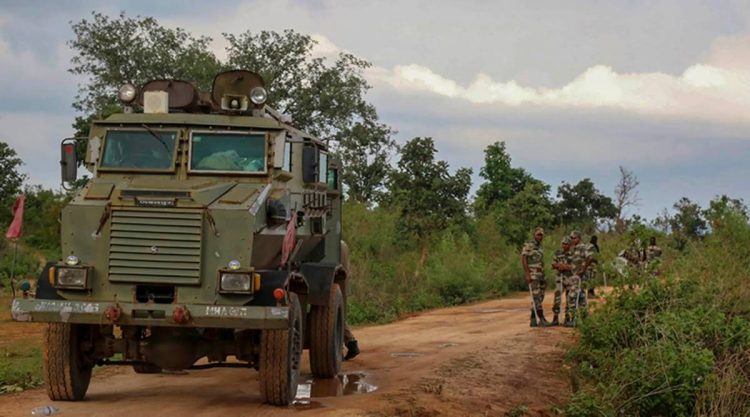 Police said Gudiya, carrying a cash reward of Rs 15 lakh on his head, was wanted in 129 cases of murder, rioting, extortion and under several provisions of the Arms Act (Representational)

Jidan Gudiya, the second-in-command of the banned Peoples’ Liberation Front of India (PLFI) — a splinter group of the Communist party of India-Maoist (CPI-Maoist) — was killed in an encounter with district police and CRPF Batallion-94 on Monday in Khunti district of Jharkhand.

Police said Gudiya, carrying a cash reward of Rs 15 lakh on his head, was wanted in 129 cases of murder, rioting, extortion and under several provisions of the Arms Act. While 109 cases were from Khunti district, four were from Ranchi, 13 from Chaibasa and three from Simdega.

Police said they were tipped off about the movement of Guria and his group in the forest area of Khunti district. “Our force was attacked by them and in self defence, we started firing. The deceased was identified as Jidan Gudiya,” police said. An AK-47 rifle, various SIM cards, walkie-talkie and cash were recovered.

Sources in the police said PLFI supremo Dinesh Gope gave them a slip for the fourth time in the last one month. This comes after the Jharkhand government published pictures of Dinesh Gope and other members of banned outfits, announcing cash prizes.

PLFI was formed in 2007 by Dinesh Gope after the killing of his elder brother, Suresh Gope, in December 2003. PLFI has grown over the years under Gope’s leadership. Their major source of income comes from extortion from contractors engaged in development projects.