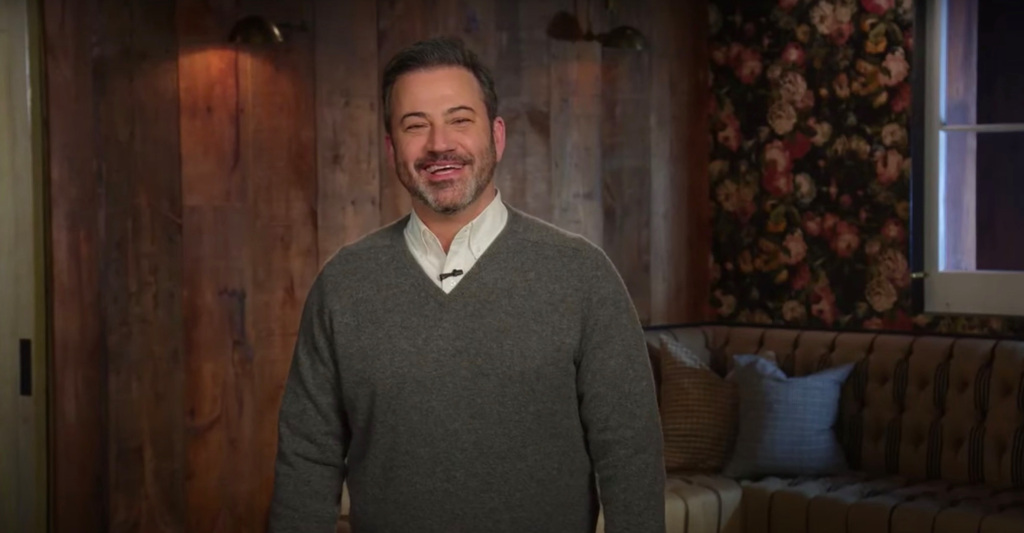 Jimmy Kimmel enjoyed his “first full day of Trumplessness” by dubbing Joe Biden “the Frasier of presidencies.” In a good way.

“Joe Biden was one of the most beloved supporting characters of the Obama Administration,” Kimmel joked on last night’s Jimmy Kimmel Live!, “and now he’s got his own show. Basically this is the Frasier of presidencies.” The “spin-off presidency,” Kimmel said, feels familiar, calming and warm.

Other reasons to celebrate, said Kimmel: The Pentagon has put the real nuclear codes back in the football, Dr. Fauci “seemed happy to be out of captivity,” and the prophecies of QAnon came to naught. Kimmel showed a selection of social media messages from disappointed conspiracy mongers: “Well, I’m the official laughing stock of my family now.”

Kimmel closes out his first Trumplessness Era monologue by welcoming singer Rufus Wainwright, who performs a “21-Pun Salute” song including scores of JKL’s many nicknames given to Trump over the past four years, including such classics as  “The Hydroxy Horror Picture Show” and “Quid Pro Combover.”

Watch the entire segment above. The Frasier reference comes at about the 2:20 mark, and Wainwright begins his song at the 11:20 mark.