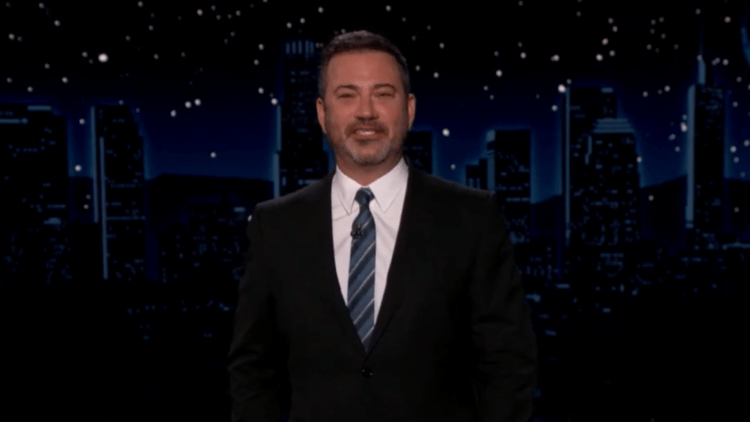 On Wednesday, Jimmy Kimmel returned for a Live! broadcast, after a full week of vacation.

“I have to be honest, I’m glad to be back. We went on a cruise through the Suez Canal,” Kimmel joked. “You ever done that? Very slow. It’s almost as if we weren’t moving at all.”

Kimmel was alluding to a fiasco in Egypt from the last week, which saw the Suez Canal blocked for six days by a container ship known as the “Ever-Given.”

“I have to say,” he remarked, “after all the fighting and the tooth gnashing over the past few years, it was nice to see the whole world come together to make fun of a boat.”

As you may or may not have leaned in school, the canal is one of the “main arteries for ships carrying goods around the globe,” Kimmel said—and with it blocked by the ship, “basically, capitalism had a heart attack.”

As Kimmel mentioned, the Ever-Given was finally freed this morning by a fleet of tugboats. “Same way they got Trump out of the White House,” he said.

During his opening monologue, Kimmel also addressed former President Donald Trump’s crashing of a wedding held at his Mar-a-Lago resort. In a speech to attendees, Trump criticized the Biden administration’s handling of various issues and went on to ask them, “Do you miss me yet?”

“I used to be a DJ at weddings when I was in college. I’ve seen some weird toasts. Never have I seen one like this,” said Kimmel . “This is what he does now. He babbles at weddings, he complains. Whenever someone plays the song ‘YMCA,’ he magically appears like Beetlejuice.”

For a look at the full monologue—in which Kimmel tackles everything from Dominion Voting System’s $1.6 billion lawsuit against Fox News, to the latest theory from “crackhead pillow salesman” Mike Lindell—click on the video above.