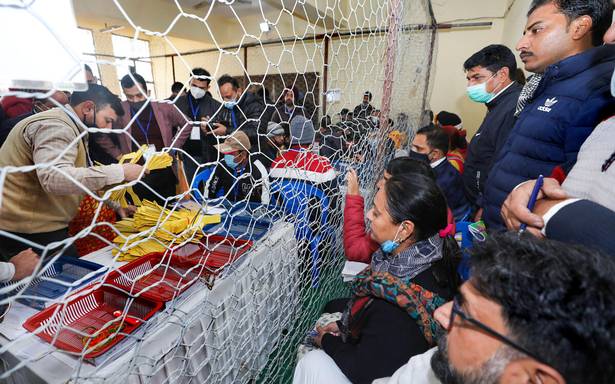 The Gupkar Alliance, an grouping of six parties, has taken a significant lead over the BJP in the District Development Council (DDC) polls held last week in J&K. Counting is still under way.

The official figures suggested that PDP has won 19 seats, NC 27, Peoples Conference (PC) one and the CPI(M) five. The Congress has won 13 seats and is leading in 10 others.

The BJP, however, managed to win four seats from the bastions of the regional parties in Srinagar, Shopian and Bandipora.

The recently-floated J&K Apni Party put up a good show in Srinagar, winning four of the 14 segments, while the other regional parties managed to win a single seat each. Seven independents were declared winners from the other segments.