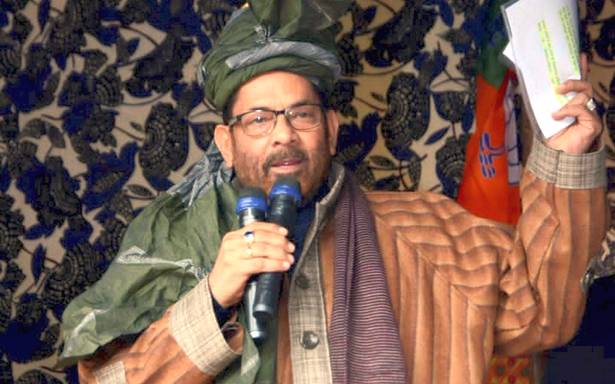 The Bharatiya Janata Party on Thursday released its election manifesto for the forthcoming District Development Council (DDC) polls, promising to provide 70,000 jobs with 100 per cent reservation to locals besides ensuring private sector employment, industry-friendly policy and a clean, transparent and accountable administration in Jammu and Kashmir.

Claiming that the “stone-pelting era” is over as the enemies of Jammu and Kashmir have been “identified and neutralised”, the BJP in its manifesto promised retrieval of land from encroachers and zero tolerance towards violence and terrorism.

According to the manifesto, the BJP said 70,000 jobs have been identified. It said the local population will benefit from the decision to reserve 100 per cent government jobs for locals.

It said a huge potential for industrial growth has been envisaged in the Union Territory and the private sector has pledged investment to bring jobs and business opportunities for the youth in Jammu and Kashmir.

The BJP said there will be zero tolerance to encroachments on government lands and promised to retrieve all such lands from vested interests.

It promised regularisation of daily wagers, casual and contractual workers.