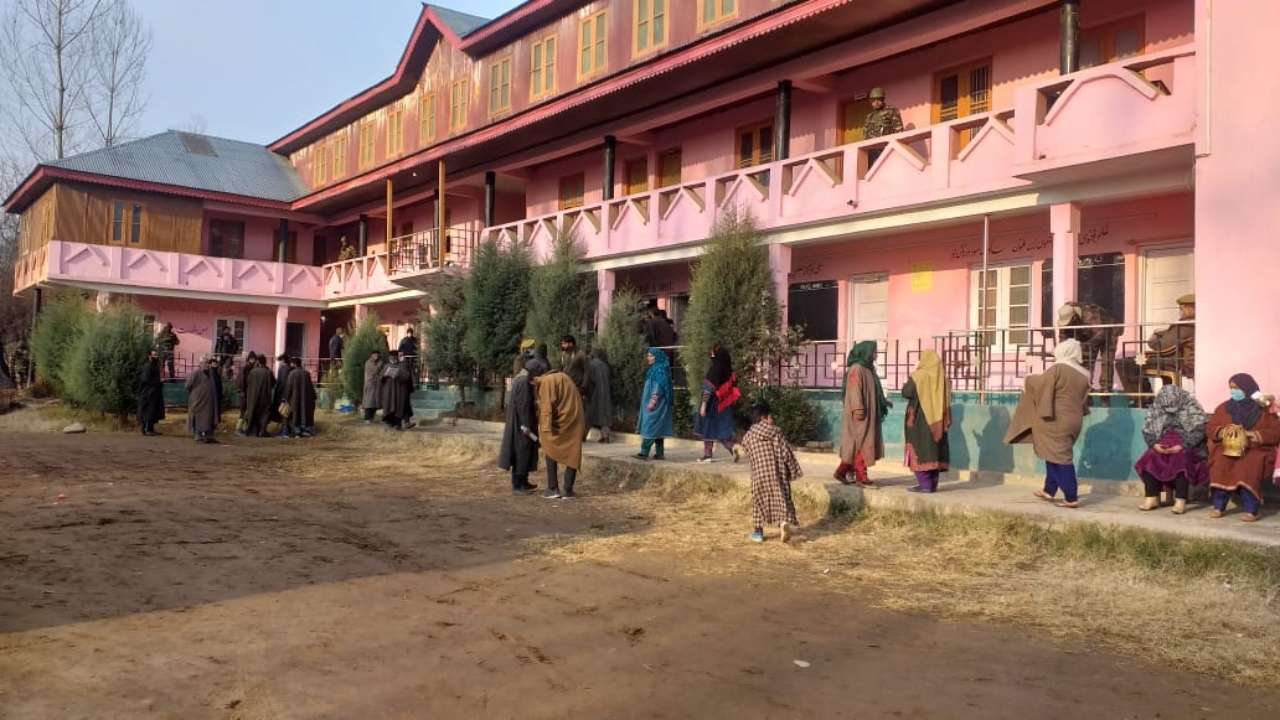 Polling for the first phase of the first-ever elections to the District Development Councils (DDCs) in Jammu and Kashmir began on Saturday morning.

43 out of 280 constituencies in the Union Territory are going to polls in the first phase of DDC elections. The polling will end at 2 pm.

Elections for the DDCs, which are being held in eight phases, will conclude on December 19 and the counting of votes be held on December 22.

Parties including the National Conference, People’s Democratic Party (PDP), Peoples Conference and CPI(M), formed the People’s Alliance for Gupkar Declaration and are fighting the maiden DDC elections together. National parties BJP and Congress are also in the fray.

On Friday, Jammu and Kashmir Director General of Police Dilbag Singh chaired a high-level meeting to review security arrangements for the DDC polls and by-elections for Panchayat and Urban Local Bodies.

He said that the focus should be to ensure security arrangements and implementation of the devised comprehensive security plan for the elections.

The DGP said Pakistan and its sponsored agents were continuously attempting to disturb peace in the region and stressed the need for heightened vigilance and ensuring the safety of protected persons and the security of important establishments and installations.

Collective measures must be taken to tackle any situation and any subversive act by the terrorists and their masters across the border, the DGP said.