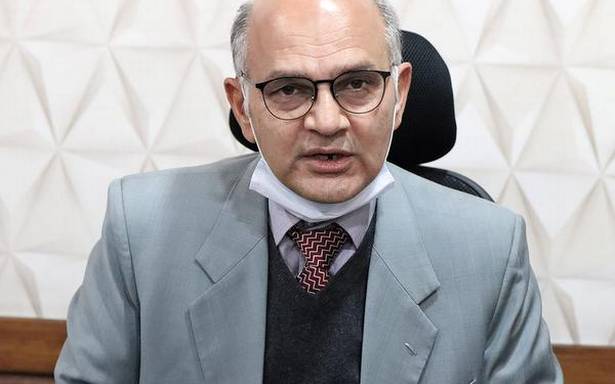 J&K State Election Commissioner (SEC) K.K Sharma on Monday instructed top officials “to ensure comfortable campaigning for all candidates,” amid allegations by regional parties that candidates, other than the BJP’s, were not being allowed to campaign for the maiden District Development Council (DDC) elections in the Union Territory (UT).

“All the Deputy Commissioners and the Senior Superintendents of Police (SSPs) have been instructed to ensure comfortable campaigning by all candidates, besides providing them adequate security during their visits to their areas,” Mr. Sharma said at a press conference in Srinagar. Referring to the allegations made by parties associated with the Peoples Alliance for Gupkar Declaration (PAGD) that their candidates were being “detained in security enclosures,” Mr. Sharma said, “Putting up candidates in cluster accommodations is for their security and safety. It in no way means that they are being prevented from holding election campaigning.”

He said the SEC believed in providing equal opportunities to every contesting candidate and would not bar any candidate from going anywhere he wished to campaign.

“There has been an enthusiastic atmosphere prevailing in Kashmir, as contestants, particularly youth participants, are coming forward for promotion of democracy. Such polls being held for the first time are important and shall ensure district level leadership to the people and give a boost to the developmental process in all districts,” Mr. Sharma said.

Hours after the SEC’s assurances of a level playing field, the National Conference (NC) said the Centre was sabotaging the participation of parties “other than the BJP and the King’s party.”

“The measure of denying level playing field to all parties is intended to help BJP and its ilk. Stopping the PAGD candidates from campaigning in the name of security reeks of a malicious and purposive discrimination, to help King’s party, BJP and its proxies,” NC spokesman Imran Nabi Dar said.

He termed the move to shift the PAGD candidates to hotels and security zones as “a sign that New Delhi was up to some mischief.” “It is very evident from the fact that BJP and its ilk are given security cover and accorded facilities to campaign. Anyone who was not associated with BJP and its allies was spitefully dumped in hotels. It is clear that they don’t want us to campaign.”

The eight-phase DDC elections are scheduled to begin on November 28.

RELATED:  Coronavirus: Check which state decided to shut down schools for classes 1 to 8 till March 31, 2021