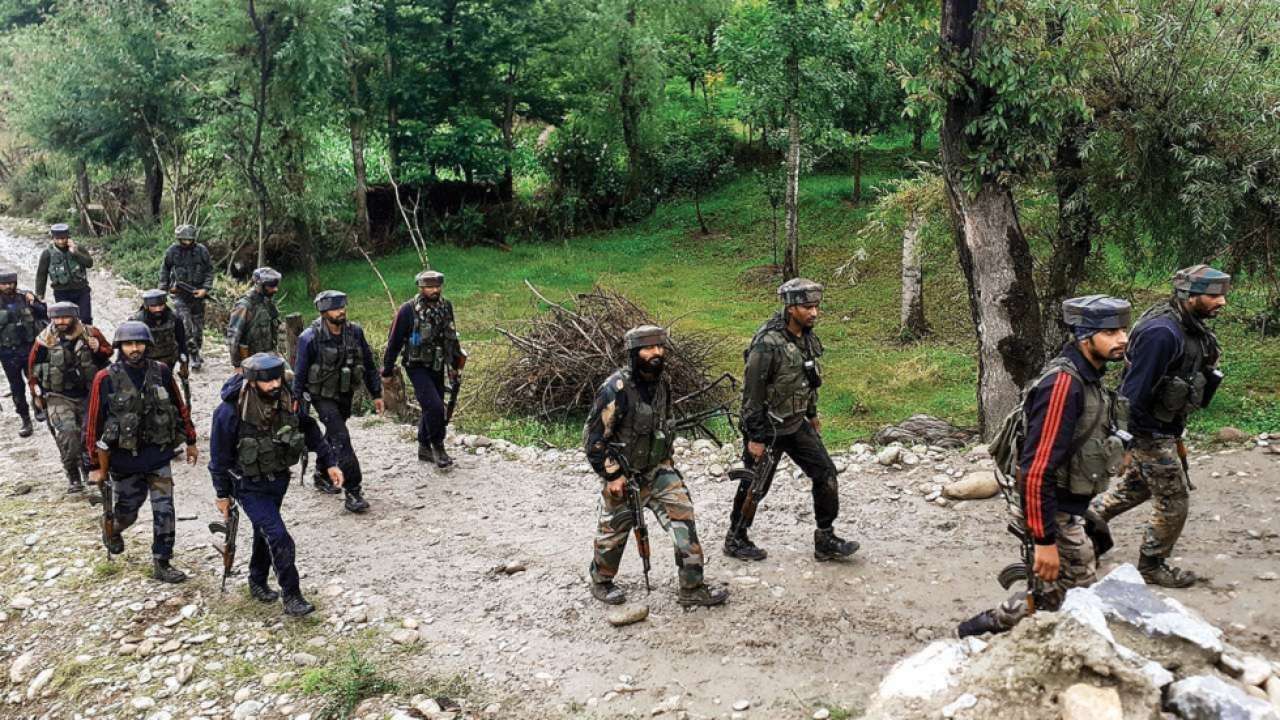 “Acting on a tip-off about a terrorist attack in Anantnag/Bijbehara towns by Lashkar-e-Mustafa (Parent Organization JeM), the police along with 3RR established special checking points at multiple locations and conducted intensified checking. Meanwhile, a vehicle with two persons on board was intercepted at one of the points. However, they tried to flee the spot after being signalled to stop, but the alert joint forces later apprehended them,” police said.

The arrested persons were identified as Imran Ahmed Hajam and Irfan Ahmed Ahanger. Both have recently joined terrorist ranks and are affiliated with proscribed terror outfit LeM/JeM.

During sustained questioning, the two revealed that they have joined the LeM outfit recently and divulged that the LeM was recently floated to give an impression that terrorism in Kashmir is indigenous and not sponsored by Pakistan.

They further revealed that they are the close associates of Hidayat Malik alias Hasnain, a self-styled Chief of LeM, Umer alias Wahid Khan and Aftab alias Ali Bhai. They were carrying recee of the area to plant an IED in order to target security forces,” police added.

The police said that during the further course of investigation four terrorist associates of proscribed terror outfit JeM were arrested from different locations.

They have been identified as Bilal Ahmed Kumar, Tawfeeq Ahmed Lawey, Muzamil Ahmed Wani and Aadil Ahmed Rather.