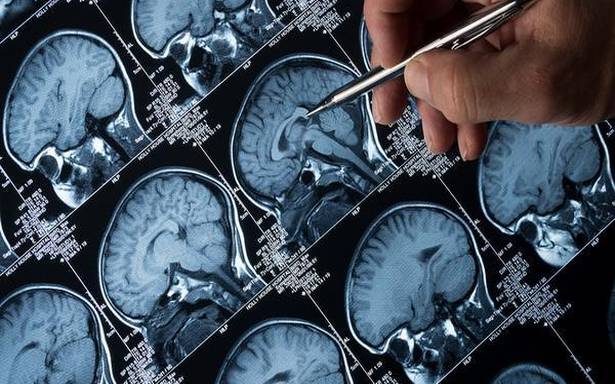 Researchers from Jawaharlal Nehru Centre for Advanced Scientific Research (JNCASR), Bengaluru, have developed a small molecule that helps disrupt and reduce formation of amyloid plaques in the brains of mice with Alzheimer’s Disease. The group is planning to take this molecule, which is a potential drug candidate, forward for clinical studies. The results of their study were published in the journal Advanced Therapeutics.

The World Alzheimer Report 2015 which was an analysis of the prevalence, incidence, cost and trends in Alzheimer’s Disease documented the fact that in 2015, over 46 million people worldwide were living with dementia. The report estimated that this number would increase to more than 131.5 million by 2050. Alzheimer’s Disease is a progressive and irreversible disorder of the brain, which affects memory and thinking skills. One main feature of the disease is the deposition of amyloid plaques and neurofibrillary tangles in the brain.

Amyloid precursor proteins play a role in the pathophysiology of Alzheimer’s disease by producing the Amyloid-beta peptides of which in particular Amyloid Beta peptide 42 is particularly toxic in the formation of the amyloid plaques. This was targeted by the researchers, using the small molecule TGR63. Usually, in people, the symptoms start manifesting when they are in their sixties, though the onset is much earlier.

In research that spans the course of a decade, the group led by T Govindaraju of JNCASR selected six candidate molecules TGR60-65, all of which had the same core structure, and put them through in vitro tests to see whether these could check the growth of amyloid plaques and also dissolve preformed ones. “All the designed compounds were screened through in vitro and cellular assays.

The data from these experiments revealed superior activity of TGR63 and hence we took this molecule forward for animal studies,” says Prof. Govindaraju, who heads the Bioorganic Chemistry Laboratory at the institute.

Mice are often used as model animals to study Alzheimer’s Disease. When genetically modified to show Alzheimer’s, the disease starts manifesting at about 4-5 months, by 8-10 months there are mild symptoms and by 12-14 months they reach advanced stage of disease as indicated by amyloid plaques and cognitive decline and loss of memory. The experiment involved using transgenic mice which had Alzheimer’s Disease induced in them. The animals were subjected to three behavioural tests to verify that TGR63 really did reduce the amyloid burden and, furthermore, was not toxic to the mice. In one of the tests, the animals were let to swim in relatively large pool of water. A small plank was placed in a specific spot and the mice learnt to swim towards to spot and save themselves by climbing on to the plank.

“Further, reduction of amyloid plaques was studied by brain analysis,” says Prof. Govindaraju. The ten-year-long research broadly evolved in five stages, according to him: design of the set of molecules; in vitro evaluation, in cellulo evaluation, computational study and in vivo evaluation and cognitive assessment.

“I am in discussion with pharma companies to take TGR63 to clinical studies,” says Prof. Govindaraju.