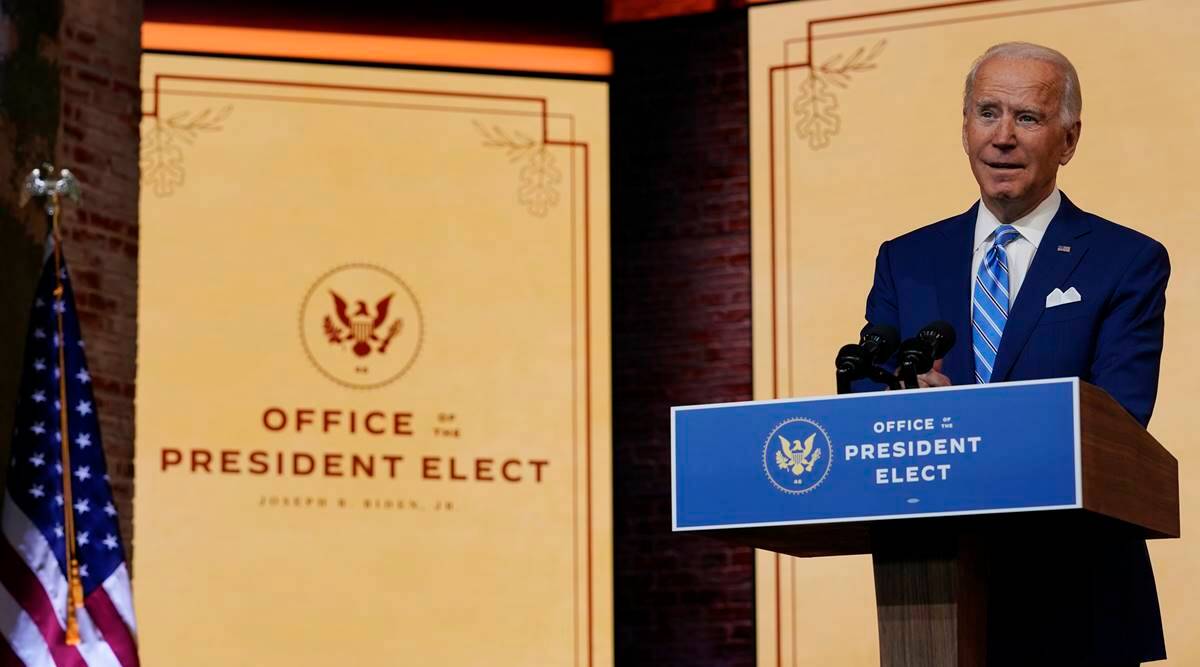 President-elect Joe Biden and sitting President Donald Trump, like millions of Americans, stayed close to home to celebrate Thanksgiving quietly on Thursday, as the coronavirus pandemic raged across the country.

Biden was spending the holiday in the small seaside town of Rehoboth, Delaware, where he and his wife Jill have a vacation home.

The Bidens are hosting daughter Ashley Biden and her husband Dr. Howard Krein for the holiday meal.

The former vice president, appearing with his wife in a video message posted to his Twitter account on Thanksgiving, said his family typically holds a large gathering on the island of Nantucket off Massachusetts, but would remain in Delaware this year “with just a small group around our dinner table” because of the pandemic.

In the presidential-style address to a nation that has lost more than 260,000 lives to the coronavirus, the Democratic president-elect said Americans were making a “shared sacrifice for the whole country” and a “statement of common purpose” by staying at home with their immediate families.”

I know this isn’t the way many of us hoped we’d spend our holiday. We know that a small act of staying home is a gift to our fellow Americans,” said Biden, who will be sworn in as president on Jan. 20. “I know better days are coming.” 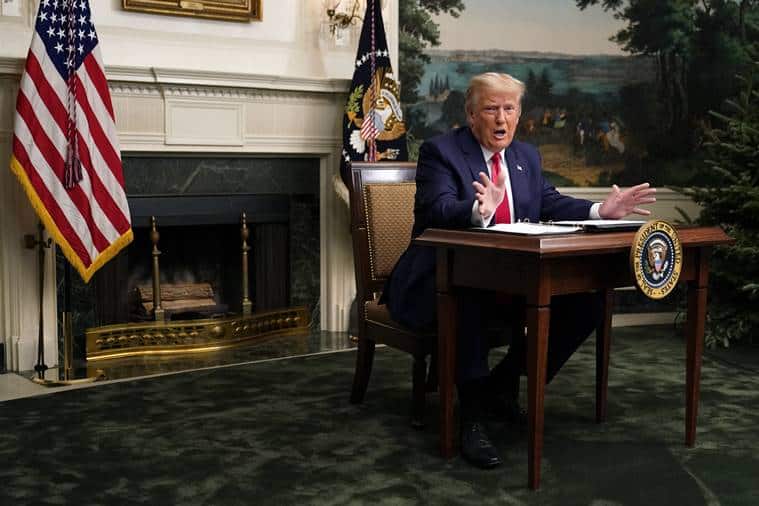 President Donald Trump speaks with reporters after participating in a video teleconference call with members of the military on Thanksgiving, Thursday, Nov. 26, 2020, at the White House in Washington. (AP Photo)

Republican President Trump often likes to celebrate holidays at his Mar-a-Largo resort in Florida. But on Thursday he remained in the Washington area, spending part of the morning at his Trump National Golf Club in Virginia where he played a round of golf.

It was a far cry from last year when he made a surprise visit to Afghanistan, where he served turkey to U.S. troops before sitting down to eat Thanksgiving dinner with them.

The president is scheduled to speak with members of the military Thursday afternoon.

In contrast to Biden, who pleaded with Americans to celebrate the holiday safely by wearing masks and socially distancing, Trump in his Thanksgiving proclamation on Wednesday urged Americans to “gather” for the holiday.

“I encourage all Americans to gather, in homes and places of worship, to offer a prayer of thanks to God for our many blessings,” the president, who recovered from his own case of COVID-19 last month, said in a statement.

Trump has frequently ignored public health warnings and hosted large groups at the White House, with many of his guests refusing to wear masks.

In addition to Trump, several other prominent Americans including first lady Melania Trump and members of Congress have tested positive for COVID-19 following such events.

On Thursday, the president tweeted “HAPPY THANKSGIVING!” in response to the U.S. Supreme Court’s decision late on Wednesday to block New York state from imposing attendance limits at religious services.

While fewer Americans than normal are expected to travel this year for Thanksgiving, millions still made their way to family gatherings in defiance of pleas from state and local officials and health experts to stay home because of the spiraling infection rate.

U.S. daily deaths from COVID-19 surpassed 2,000 on Wednesday and hospitalizations reached a record of more than 89,000.

Biden, who defeated Trump in the Nov. 3 election, has been pushing ahead with the transition to his new administration, and has pledged to prioritize getting a grip on the virus.

Earlier this week he announced key members of his foreign policy and national security teams and has promised to announce more appointments, including his economic team, in coming days.

But he has drawn fire from members of his own party, including Black lawmaker James Clyburn, the U.S. House of Representatives majority whip, who expressed disappointment on Wednesday that African Americans – a constituency critical to Biden’s victory – have so far not been given more prominent positions in the incoming administration, The Hill reported.

Despite having yet to concede defeat, Trump has agreed to let Biden’s transition officially proceed, clearing the way, for example, for the Democrat to receive high-level intelligence briefings.

But the president continues to make unsubstantiated claims of voter fraud, tweeting again on Thursday that the election was “rigged”, while his legal team continues to pursue efforts to overturn the results, with little success.