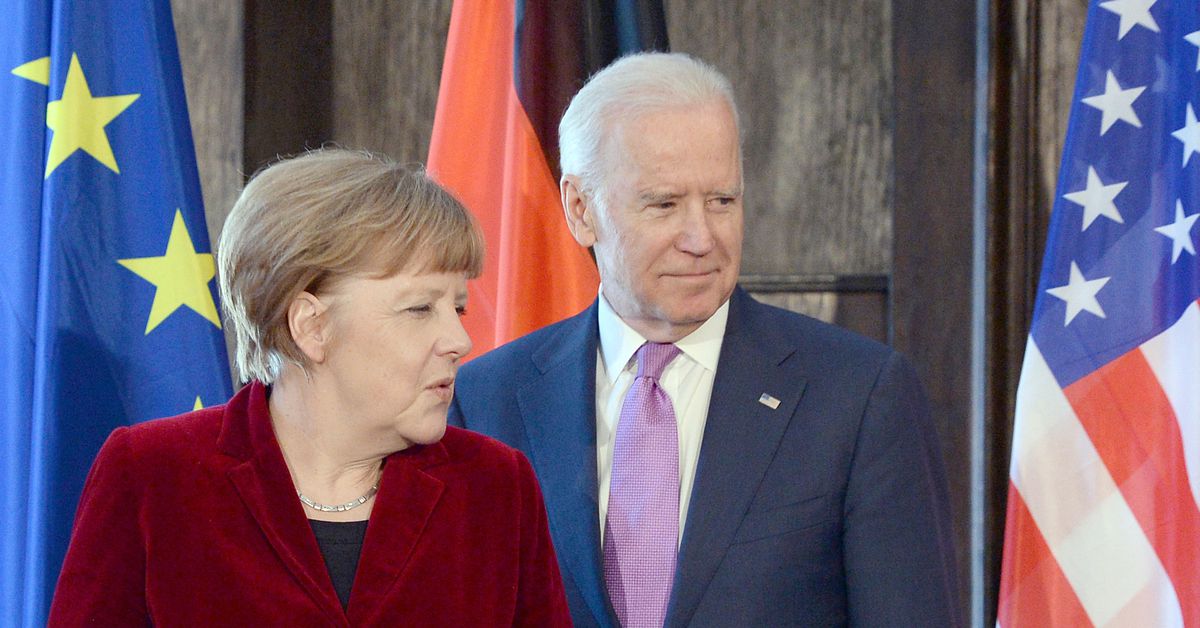 But the problem with keystones is that if they crumble, the rest of the structure falls with them. And less than a week into Biden’s presidency, the edifice is starting to shake. That’s because, on a number of prominent issues from China to Venezuela to trade, the United States and its closest European allies are out of sync.

Last December, the European Union signed a long-promised investment deal with China despite the public concerns of Biden’s then-incoming National Security Adviser Jake Sullivan. The worry now is China will not only tighten economic relationships with America’s transatlantic allies but also use that newfound access to steal intellectual property from European industries.

This week, the EU as a bloc downgraded its support for Juan Guaidó, the Venezuelan opposition leader European nations and the US have considered the country’s interim president since 2019. Now the EU says Guaidó is a “privileged interlocutor,” potentially exposing a gap in the transatlantic strategy to depose the nation’s dictator, Nicolás Maduro.

No two governments are ever in perfect alignment, and rifts between the US and European nations have existed for decades. But early signs indicate Biden can’t just reflexively count on European support, which makes getting longtime allies on his side a much higher priority.

“The Europeans are not keen on following the US” in whatever it wants to do, said Erik Brattberg, the Europe program director at the Carnegie Endowment for International Peace in Washington, DC. “Just because Biden is being nice and he’s not Trump doesn’t change that calculus.”

At the very end of 2020, the EU and China struck a long-promised investment deal. While details remain thin, the main thrust of the agreement is that European countries in the bloc will have greater access to the Chinese market and have their companies treated more fairly in China, while Beijing will make commitments on issues ranging from the use of forced labor to the practice of forcing tech companies to hand over valuable trade secrets in order to gain access to the Chinese market.

Experts say the deal made sense for the EU. After all, its companies would now have greater access to the world’s biggest market, potentially boosting the continent’s economy for decades to come.

But analysts also note that the cons might outweigh the pros. Beijing, they suspect, likely agreed to the deal in order to preempt a Biden-led transatlantic effort to pressure China over its economic and trade practices.

The new administration seems to agree. Sullivan, Biden’s top national security aide, expressed his concern about the deal just days before it was finalized. “The Biden-Harris administration would welcome early consultations with our European partners on our common concerns about China’s economic practices,” he tweeted on December 21. That statement wasn’t an outright “don’t do this,” but it wasn’t a clear “we welcome this agreement,” either.

Getting the EU to shift course will be difficult. It just made the agreement, and the bloc lacks a singular agency with which the US can share intelligence about China’s aims. That means Biden’s staff must go country by country to explain what they know about Beijing’s true economic goals and the alleged security threats Chinese technology companies pose.

“In a lot of ways the Trump policies were right, but the European didn’t like the rhetoric,” said Ryan Tully, who served as the senior director for Europe on Trump’s National Security Council. “Now you’re seeing the right rhetoric, but I’m concerned there is a backsliding of the right policies.”

If Biden hoped his presence — or Trump’s absence — would automatically mean closer US-EU ties on China policy, he should think again. “Biden’s team needs to recognize that it has to engage Europe on creating a joint strategy against China,” Brattberg told me, not just impose its own strategy on Europe.

The US and EU see their Venezuela problem differently

In early 2019, the US marshaled a global coalition of over 50 countries to recognize Guaidó as Venezuela’s legitimate president.

They argued that the May 2018 presidential election was rigged to give Maduro a second six-year term and that under Venezuela’s constitution, Guaidó, as the head of the National Assembly (the country’s legislative body), was the rightful — albeit temporary — leader of the country.

The EU was a major member of that global coalition, but on Monday it downgraded its view of Guaidó’s leadership. The bloc considers him a “privileged interlocutor” now — meaning a key leader the EU will still engage with — just not the interim president of the country.

The reason for the change may be straightforward: Venezuela just held National Assembly elections last year that Guaidó and his cohort refused to participate in, alleging the vote was rigged against them. As a result, Guaidó is no longer the head of the legislature and therefore can’t constitutionally be considered the nation’s interim president. However, the bloc did reiterate “its support to all those working towards a democratic future for Venezuela” in its Tuesday statement.

Even so, that stance means the US and EU currently see Guaidó differently. During his confirmation hearing to be secretary of state last week, Antony Blinken said the Biden administration would still consider Guaidó as Venezuela’s legitimate leader. (Blinken was confirmed on Tuesday for the job.)

What that means for the future of US and EU policy toward Venezuela is unclear. Laura Gamboa, an assistant professor at the University of Utah, said the differing view of Guaidó’s status clearly “weakens America’s ability to make the effort seem more multilateral,” even if Washington and Brussels share the same goal of kicking Maduro out of power.

But the University of Pennsylvania’s Dorothy Kronick told me the EU may have just done Biden a favor. By minimizing Guaidó’s importance, the Europeans gave the Americans more space to support other democratic groups in Venezuela and not rely solely on Guaidó to depose the dictator. “This statement from the EU is in no way backtracking from the commitment to restore democracy to Venezuela,” she said. “This is about looking for the most successful and effective strategy.”

Still, that it’s easy to question whether the US and EU are on the same page regarding Venezuela is a problem the Biden administration needs to fix.

The Obama administration sought to sign a trade deal with Europe known as s the Transatlantic Trade and Investment Partnership (TTIP), which would make it easier for American products to be sold in Europe and vice versa. Both sides failed to strike an agreement, though, and further talks died after Trump became president.

Some in Europe may have hoped Biden, who was Obama’s No. 2 during the TTIP negotiations, would rekindle the push for free trade across the Atlantic. Instead, they’ve been left to smolder as Biden on Monday signed a “Buy American” executive order to prioritize US federal government purchases of US-made items over foreign-made ones.

Immediately, the UK-headquartered Financial Times reported that “America’s top trading partners and strategic allies, including Canada and a number of European countries, have long complained that buy American measures are a protectionist attempt to shut out their multinationals from the US economy.”

Brattberg, the Europe program chief at the Carnegie Endowment, noted the same thing in our conversation. “Europeans are a bit concerned that protectionist policies may continue under Biden,” he told me.

That could present a growing problem. Biden’s team promised to pursue a foreign policy that would bolster America’s working class, and ensuring the government helps US companies thrive is one way to do that. But leaning too much into “Buy American” will only anger European allies who have long waited to compete fairly in the US market against local firms.

Economic tensions between the US and Europe are already quite high. The Trump administration placed billions in tariffs on European goods, and both the US and EU recently concluded a rancorous trade dispute over subsidies to their major aviation companies. If there was ever a time to calm nerves about the state of transatlantic trade relations, it’d be now — and “Buy American” seems likely to do the opposite.

None of this is to say Biden is grossly imperiling US-EU relations. It already looks like the continent’s leaders are happier to see him in the Oval Office than Trump. But it’s just not clear that Biden has the tight-knit bond he hoped to form — proving a big foreign policy problem for his early presidency.