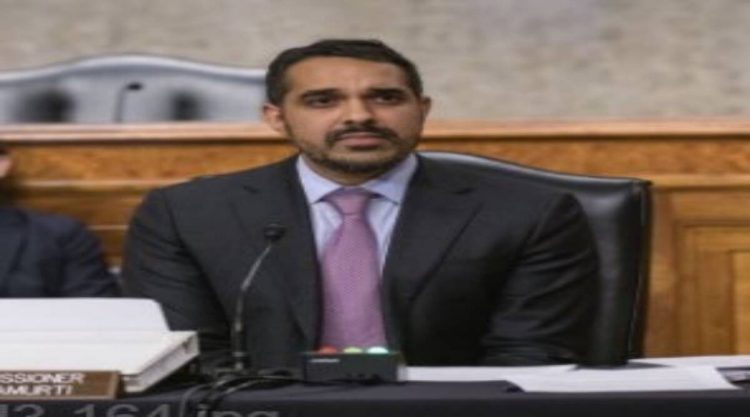 He was appointed on a congressional committee overseeing the rollout of the Coronavirus Aid, Relief and Economic Security (CARES) Act, the over $2 trillion stimulus package in April. (Twitter)

US President-elect Joe Biden on Monday named Indian American Bharat Ramamurti as the deputy director of the National Economic Council, which is the White House advisory agency to the President on domestic and global economic policymaking.

Joelle Gamble, who is in the Biden-Harris Transition’s domestic economic policy team, and David Kamin,  Professor of Law at New York University School of Law, are the two other members of the Economic Council.

“Today’s appointees have broad viewpoints on how to build a stronger and more inclusive middle-class. With their robust experience and qualifications, they will provide the needed voices to guide my administration in overcoming our nation’s unprecedented economic challenges,” Biden said during the announcement.

Currently, the managing director of the corporate power programme at Roosevelt Institute, Ramamurti served as an economic advisor for Senator Elizabeth Warren for seven years including her 2020 presidential campaign.

He was appointed on a congressional committee overseeing the rollout of the Coronavirus Aid, Relief and Economic Security (CARES) Act, the over $2 trillion stimulus package in April.

Hailing from Tamil Nadu, Ramamurti and his two siblings are also alumni of Harvard, according to Harvard Magazine. His father Ravi Ramamurti also did his doctorate at Harvard.

On his selection to the Economic Council, Ramamurti tweeted, “I’m honored to be joining the Biden-Harris Administration as Deputy Director of the National Economic Council. We have much to do to get through this crisis and create a stronger and fairer economy — and I’m excited to get to work alongside this great team.”

Starting with the historic pick of Kamala Harris- the first Black, Indian-American woman to be elected as US Vice-President- Biden has included several Indian descent Americans to his team.