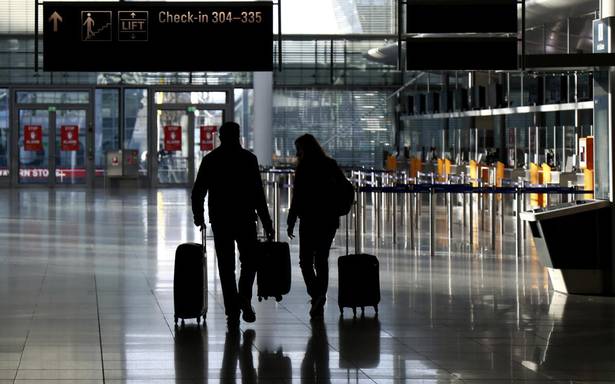 The White House also barred those from South Africa from entering the U.S. due to emergence of a new variant of coronavirus in that country.

“The President is taking these steps on the advice of his COVID-19 and medical team,” White House Press Secretary Jen Psaki told reporters at her daily press briefing.

“President Biden has decided to maintain the restrictions previously in place for the European Schengen area, the United Kingdom, Republic of Ireland and Brazil,” Ms. Psaki said.

With the pandemic worsening and more contagious variants spreading, this isn’t the time to lift restrictions on international travel, Ms. Psaki said.

“And in light of the contagious variant B1351, South Africa has been added to the restricted list,” she said.

“Additionally, beginning January 26, international travellers to the United States must provide proof of a negative test within three days of travel to airlines prior to departure,” she added.

This applies regardless of citizenship, she asserted.

“Many individuals infected with the virus that causes COVID-19 are asymptomatic and unaware they carry the virus. If you test positive, you will not be able to return home as planned. What plan do you have in case you cannot come home for several weeks? Where will you stay? How will you finance your stay,” it said.

Responding to a question, Ms. Psaki refuted that these travel restrictions were similar to that of Mr. Trump.

“I don’t think that’s quite a fair articulation. The President has been clear that he felt the Muslim ban was xenophobic. He overturned the Muslim ban. He also, though, has supported — and himself, even before — or we did, I should say, even before he was inaugurated — steps, travel restrictions in order to keep the American people safe to ensure that we are getting the pandemic under control. That’s been part of his policy,” she said.

“But he was critical of the former President for having a policy that was not more comprehensive than travel restrictions. He conveyed at the time, and more recently, the importance of having a multifaceted approach — mask wearing, vaccine distribution funding — in order to get 100 million shots in the arms of Americans in the first hundred days, not just travel restrictions,” Ms. Psaki said.