Joe Biden says Trump impeachment is for Congress to decide 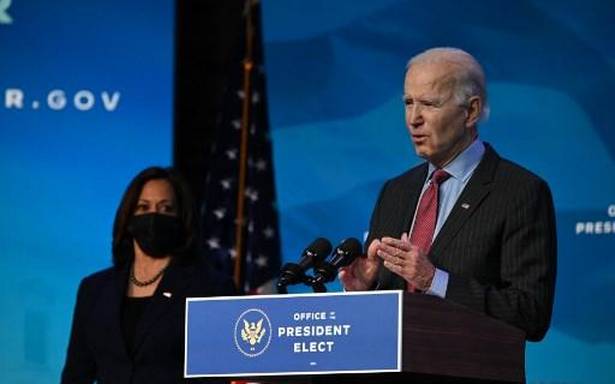 Mr. Biden was addressing reporters in his hometown of Wilmington two days after Mr. Trump encouraged a mob of supporters to march on Congress.

President-elect Joe Biden on Friday strongly indicated he does not back moves to impeach President Donald Trump, saying the quickest way to get him out of office is through the transition in two weeks.

“The quickest way that will happen is us being sworn in on the 20th,” said Mr. Biden, who will take the oath of office on January 20.

“What actually happens before or after, that is a judgment for the Congress to make. But that’s what I am looking forward to: him leaving office.”

Mr. Biden was addressing reporters in his hometown of Wilmington two days after Mr. Trump encouraged a mob of supporters to march on Congress.

Democratic leaders in Congress have growing momentum for attempting to impeach Mr. Trump for the second time in his Presidency. There is little support so far among Republicans, although they too have loudly condemned Mr. Trump’s behavior.

This was Mr. Biden’s first extended reaction to the talk of impeaching Mr. Trump or trying to persuade Vice President Mike Pence to invoke the 25th amendment removing the president from office.

Mr. Biden’s hesitancy to support his party on impeachment reflects the fact that he already faces a mammoth task in working to heal divisions in U.S. society.

“We’re going to do our job and Congress can decide how to proceed,” Mr. Biden said.

“The idea that I think he shouldn’t be out of office yesterday is not an issue. The question is what happens with 14 days to go, 13 days left to go?”