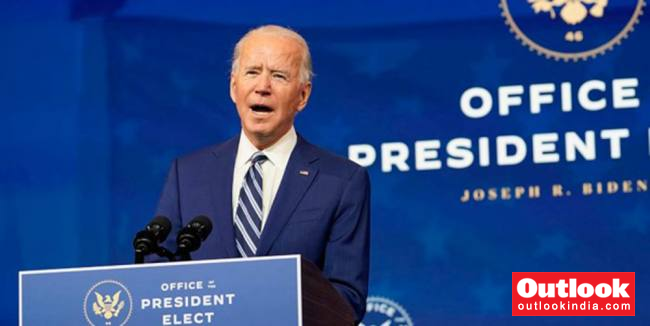 Three blocks from the White House, office space for more than 500 Biden transition staffers wears a deserted look. The government is shipping out laptops so staffers can work from home. President-elect Joe Biden, surrounded by just a handful of aides in Delaware, is using Zoom to oversee his plans to assume power.

But Biden soon will be entering a no-Zoom zone at the White House— just one sign of the challenges his new administration will face when it moves to Washington in the midst of a pandemic.

After months of making a virtue of the cautious approach his campaign and transition team have taken towards Covid-19, Biden’s prudence will be tested by technology and tradition when he arrives on January 20.

White House computers don’t allow the popular video conference software Zoom or rival systems like Google Meet and Slack. Government-issued cell phones only gained texting capabilities a few years ago. And many employees will need to be present at the White House to access classified information.

Biden’s team has limited experience with staffing a physical office during the pandemic. His campaign went all-virtual in mid-March, clearing out its Philadelphia headquarters and sending staff back to their families in Washington, New York and beyond. His transition team plotted out his path to power entirely online.

The closest Biden’s team has come to experimenting with in-person work was election night, when a small selection of masked and socially distanced aides in Wilmington, Delaware, monitored returns in hotel conference rooms, a far cry from running a White House 24/7.
Even now, the most prominent use of the 100,000-plus square feet (9,290 square meters) of office space reserved for the transition is for Vice President-elect Kamala Harris to receive the highly classified President’s Daily Brief.

Telework is possible for some White House staff, and improvements in both secure and unclassified videoconferencing have been made over the last two decades. But the lack of in-person coordination could pose an additional challenge to the new government facing a multitude of crises.

Further complicating matters, the Biden team must devise health and safety protocols from scratch. The Trump administration was, at best, a cautionary tale in how not to run a workplace during a pandemic.

Despite relying on an aggressive testing regimen that is not available in other workplaces, the West Wing under President Donald Trump has been the locus of at least two significant outbreaks of Covid-19 since Trump himself came down with the virus five weeks before Election Day.

In addition to the First Family, the dozens in Trump world who have tested positive include the White House chief of staff, the vice president’s chief of staff, the White House press secretary and the president’s campaign manager. Still more aides have had to isolate after potential exposure. The full scale of the infections is not publicly known.

The problems stemmed in large part from the Trump White House flouting its own guidelines for Covid-19 safety, including holding large events, allowing frequent travel and above all not requiring face masks.

The Biden team believes that some of the greatest risk can be mitigated simply by adhering to scientific advice: holding safer events, requiring face coverings and continuing regular testing.
White House veterans say the task of making the West Wing a safe workspace is attainable but will require intense discipline, among both White House staff and the hundreds of government employees from other federal agencies who support it.

Detailed planning is still underway, but some early considerations are to curtail the number of staffers who have unfettered access to the West Wing, encourage remote work where possible and even have staffers use secure teleconferencing between individual offices to minimize use of shared spaces.

Biden’s team may get a blueprint of sorts for its use of Covid-19 vaccines from the Trump White House, which is beginning to roll out inoculations for some critical government staffers, including military aides to the president, Secret Service agents and Situation Room watch officers.

Biden himself appears likely to receive a first dose of the vaccine before taking office, relying on the advice of the nation’s top U.S. infectious-disease expert.

Dr. Anthony Fauci called for Biden and Harris to swiftly receive the vaccine. “For security reasons, I really feel strongly that we should get them vaccinated as soon as we possibly can,” Fauci said on ABC News on Tuesday. “You want him fully protected as he enters into the presidency in January,” he added.

Moving the Bidens into the White House— a stressful process even in normal times — will be more complicated this year.

There will be a top-to-bottom cleaning of the West Wing in the hours after Trump vacates the premises and before Biden’s team moves in. Public health experts say it’s crucial that extra steps be taken to mitigate the spread of the disease during that changeover.