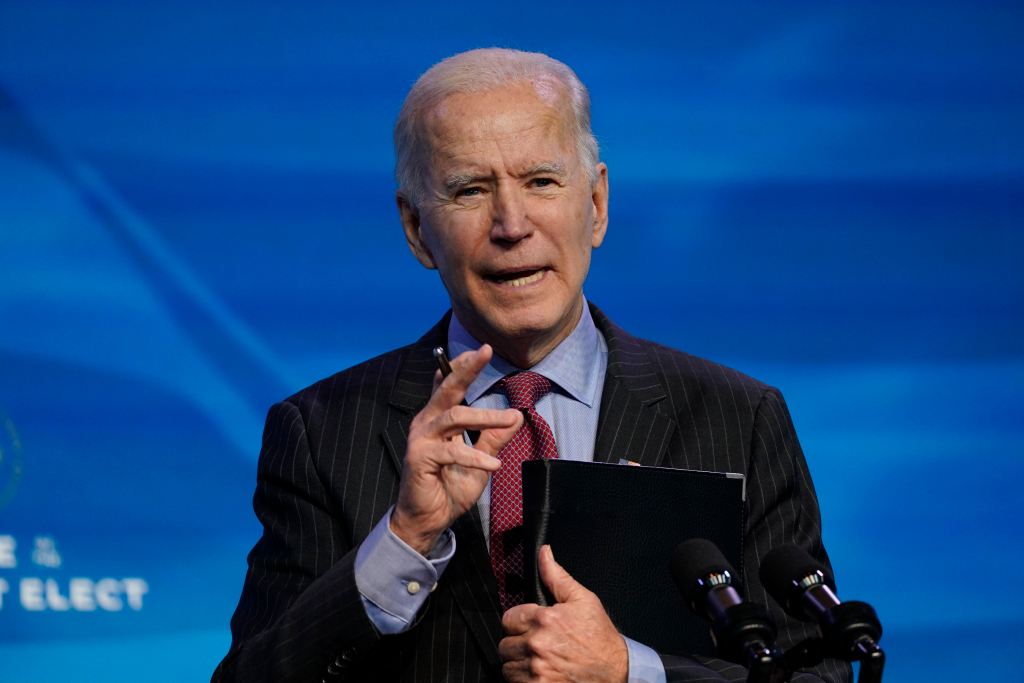 President-elect Joe Biden is unveiling a $1.9 trillion plan to boost Covid-19 relief, including a national vaccination program and a $1,400 increase in direct payments to individuals.

Biden plans a speech on Thursday evening to promote the plan, which will be a legislative priority when he takes office on Jan. 20.

Dubbed the “American Rescue Plan,” it includes a $20 billion national vaccination program as well as steps to contain Covid-19 and to reopen schools. It also would step up testing and contact tracing and provide sick leave.

It includes $350 billion for state and local governments to make up for budget shortfalls, a key area of disagreement between Democratic and Republican leaders as talks dragged on for months.

Other parts of the plan include:

Unemployment benefits. Those who have exhausted their benefits would be able to extend them further, including to freelancers and contractors. That was a key push last year as Congress debated the first Covid-19 package. The bill that passed Congress in December extended benefits through March. The Biden proposal takes them through September.

Minimum wage. The hourly minimum would be increased to $15 per hour, the first boost since 2009.

Paid leave. Companies would be required to provide sick leave to employees. The government would cover some of the costs, with a benefit of up to $1,400 per week.

Small business. The plan includes $15 billion in grants for the hardest hit small businesses. Biden’s team singled out restaurants, hotels and the arts as industries that have been particularly hard hit. Another $35 billion would go to state, local, tribal, and non-profit small business financing programs.

Direct payments. Financial assistance would be increased by $1,400, added to the $600 that Congress passed last month.

Biden’s plan is far larger than the $900 billion stimulus bill that he and Barack Obama sought to boost the dire economy when they took office in 2009. Unlike that time, Democrats hold a much narrower majority, with just a handful of votes to spare in the House and a 50-50 split in the Senate that will require incoming Vice President Kamala Harris to break a tie.

House Speaker Nancy Pelosi and soon-to-be Senate Majority Leader Chuck Schumer released a statement in which they called the plan the “right approach.”

“These proposals by the Biden-Harris administration will be critical to getting our country through this challenging period and towards a period of recovery,” they said.