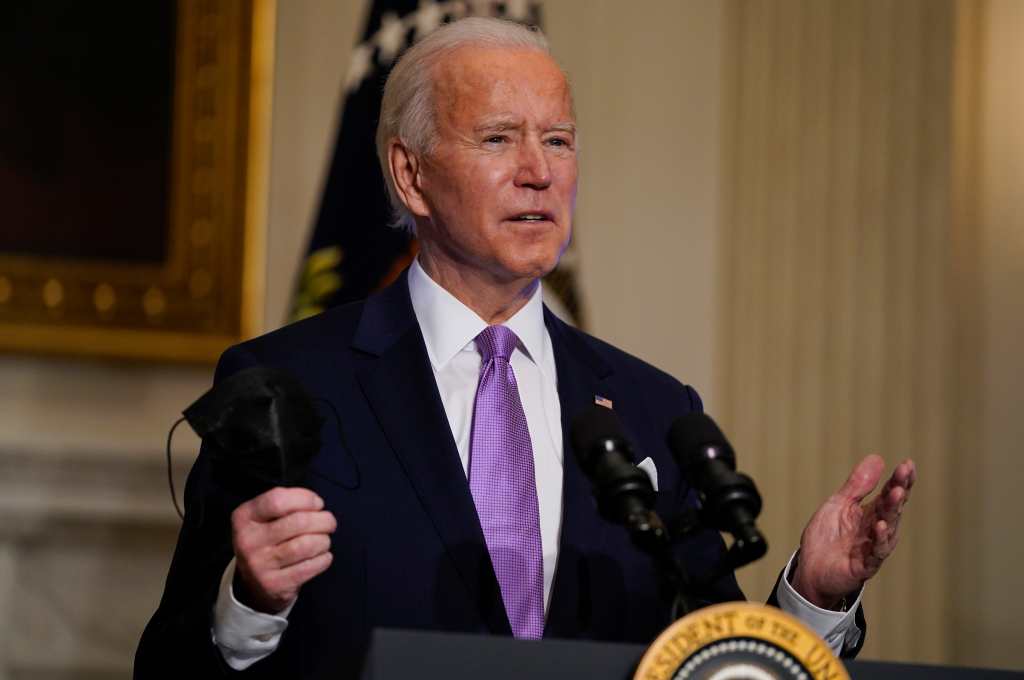 President Joe Biden gave a timeline for vaccinating much of the American population against Covid-19, as he announced a plan that could see 300 million receive recommended doses by the end of the summer.

The White House announced that the U.S. will purchase an additional 200 million doses of the Covid-19 vaccine, added to the 400 million already ordered. Those receiving the Pfizer and Moderna vaccines are urged to get two doses for maximum effectiveness.

“This is a wartime effort,” Biden said in a statement from the White House.

Biden said that the vaccine also will be available in thousands of pharmacies in early February. He said that the administration also will increase weekly vaccine supply to states from 8.6 million doses to at least 10 million.

Biden’s administration already has stated a goal of 100 million vaccinations in the first 100 days, and the president has suggested that they could exceed that goal. But Biden said that it still will take months “for us to turn things around” and it will still be necessary for Americans to take precautions.

“In the next few months, masks, not vaccines, are the best defense” against the virus, Biden said.

He warned that “things are going to get worse before they get better,” with the death toll from the virus likely topping 500,000 by the end of next month.

Biden also said that the timeline could change, and his chief of staff, Ron Klain, reminded that delivering supply is not the same as administering the vaccine. Klain tweeted, “Day Seven: we have found a way to secure vaccine supply adequate to provide a dose for EVERY adult by summer. BUT that still leaves getting them all vaccinated — building the infrastructure, ending the hesitancy — as challenges.”

Back to Top
Close Add post
X
Sekou Smith Dies Of Covid-19: Longtime NBA TV Reporter Was 48…TVSekou Smith, who covered pro basketball for more than 20 including the past decade-plus at NBA TV, died today of Covid-19. He was 48. Sekou was a popu…

X
Actors who refused the role of Vansh Raisinghani in Ishq Mein Marjawa 2…TVMUMBAI: Ishq Mein Marjawan 2 is one of the most loved serials on television and is doing really well. The audience is loving the chemistry between Rid…
close