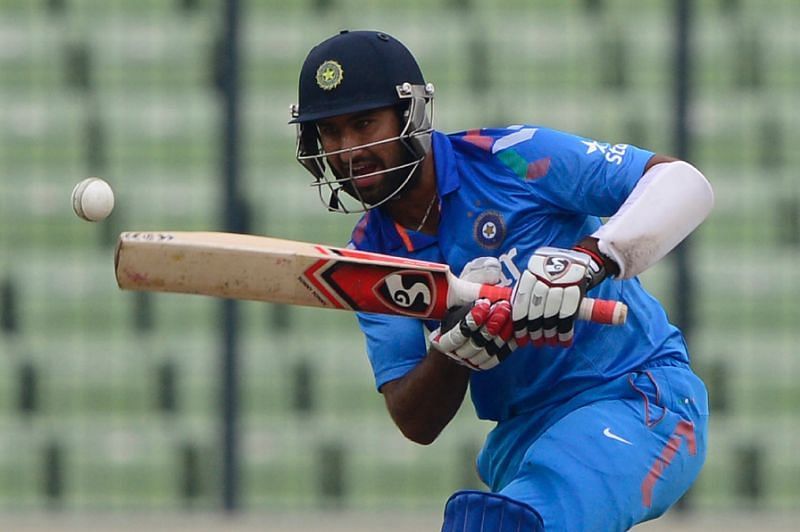 Joe Root believes India’s Test specialist batting mainstay Cheteshwar Pujara will be a massive wicket for the England cricket team in their upcoming 4 Test series against India. Ahead of the first Test in Chennai, Joe Root highlighted Cheteshwar Pujara’s excellence with bat and labelled him a ‘fantastic’ player.

Joe Root will lead the England cricket team in the ICC World Test Championship (WTC) series against India. This series is set to decide England’s fate in the inaugural tournament.

India holds the number one position on the WTC standings at the moment although second-place New Zealand became the first team to qualify for finals. Cheteshwar Pujara has played a vital role in India’s success, scoring eight fifties in the competition.

Cheteshwar Pujara had played with Joe Root for Yorkshire in county cricket. Talking about the 33-year-old’s significance in a virtual press conference, Joe Root said that he is a fantastic player who can bat for long periods of time and is going to be a prized scalp.

“I think he is a fantastic player. I had the pleasure of playing alongside him at Yorkshire. To learn from him, speak to him about batting and his love of the game, it was very interesting.

“So, having played against him as well, on the wrong end of him making some huge scores and been out there for long periods of time, you know, you learn from those kind of innings, and you see the importance that he adds to the Indian team, and he is going to be a huge wicket for us. There is no doubt about that. It is going to be a great challenge to come up against him,” said Joe Root.

Cheteshwar Pujara has excellent numbers against England at home. He recorded his maiden double ton in Test cricket versus England in 2012 at the Motera Stadium. In the 2016-17 home series against England, he aggregated 401 runs in eight innings at an average of 50.13.

Cheteshwar Pujara is one of the top-ranked Test players in Indian cricket history. However, the right-handed batsman has never played in an ICC tournament final at the senior level. He was the Man of the Tournament in India’s journey to the ICC U-19 World Cup Final in 2006.

The inaugural ICC World Test Championship is underway at the moment and Team India needs a minimum of two wins in the series against England. The hosts also need to ensure they do not lose more than one game to qualify for the final. It will be interesting to see if Cheteshwar Pujara could help Team India secure its place in the summit clash versus New Zealand.

Cheteshwar Pujara, India’s Test specialist batsman has said that he is confident of doing well in IPL. The right-handed batsman hasn’t played IPL since 2014. He has been away from the white-ball limited-overs team since 2014. He first made it to the ODI team in 2013 and debuted against Zimbabwe in August that year. His ODI career is only 5 games so far.

A regular in IPL from 2008 to 2014, Cheteshwar Pujara has been away from IPL since 2014 when he represented KXIP. He hasn’t been able to draw a bid since IPL 2014 and is once again expected to go unsold. But Cheteshwar Pujara, who has 30 IPL caps, hopes to play the league again.

He had started his IPL career with Kolkata Knight Riders and stayed with them till 2010. He moved to Royal Challengers Bangalore from 2011 to 2013. In IPL 2014 auction, he joined Kings XI Punjab.