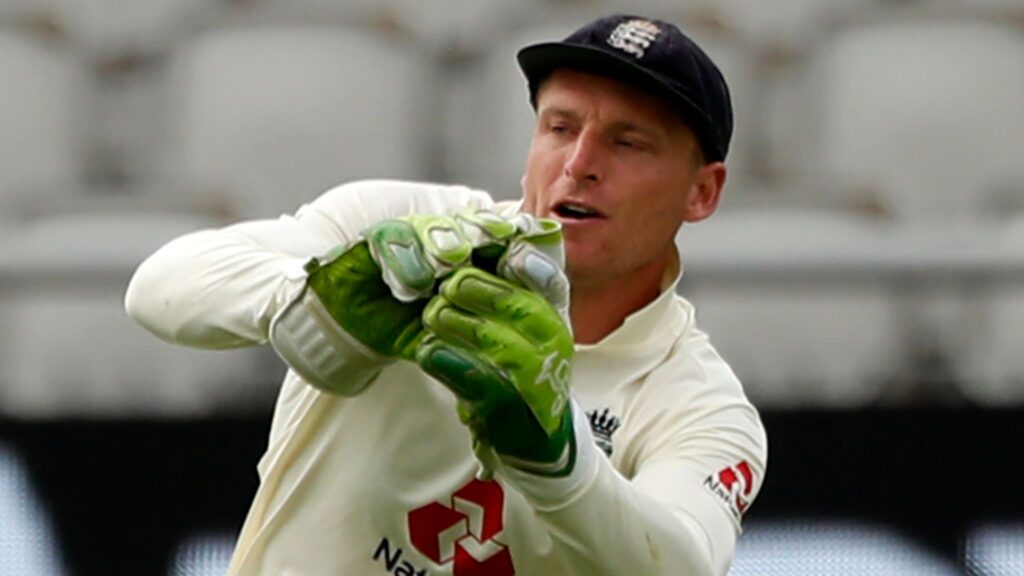 Jos Buttler, England wicketkeeper-batsman on Saturday said that Joe Root is a very hard player to bowl dot balls against and the Test skipper can combat spin extremely well.

India and England are set to lock horns in four Tests, three ODIs, and five T20Is. The first two games of the 4-Test series will be played in Chennai before the cricketers move to Ahmedabad for the third and fourth Test.

Jos Buttler: Joe Root Is One Of The Best Exponents Of Sweep Shot And Did Extremely Well In Sri Lanka

Joe Root amassed 426 runs in four innings at an average of 106.50 including two centuries with a high score of 228 in 2 Tests against Sri Lanka. He also went on to become the fourth-highest run-getter in Test cricket for England and the first-ever captain to hit two double-hundreds.

“Joe was in fantastic form in Sri Lanka, he has always had a brilliant game to play spin bowling. He is one of the best exponents of the sweep shot and he picks length brilliantly. It is a big strength when playing spin, he is very hard to bowl dot balls at. He scores quickly against spin and he has so many shots, he manages to rotate strike.”

“He did that fantastically well in Sri Lanka, the biggest thing about him was the hunger shown by him to bat for long periods. He showed great application both mentally and tactically. He is in great form and it is a great place for him to be at just at the start of the year,” said Jos Buttler while replying to an ANI query during a virtual press conference.

England defeated Sri Lanka in the two-match Test series this month. Skipper Joe Root was in impeccable form as he registered a double-century in the first Test, and then he followed it up with a 186-run knock in the second Test.

When ANI asked Buttler about whether paceman Jofra Archer would be the biggest X-factor for England in the Test series, he replied: “Jofra Archer is certainly an X-factor player, it is fantastic to have Jofra back into the side, he would be excited to do well in this series. We have a few guys who can do quite amazing things with the ball. Stuart Broad and James Anderson are two of the best to play this game, Jofra is a huge X-factor and Ben Stokes is a pretty good X-factor player as well.”

England’s touring contingent arrived in Chennai on Wednesday and all the members are undergoing quarantine. Ben Stokes, Jofra Archer, and Rory Burns arrived earlier as the trio did not play the Test series against Sri Lanka. The trio trained on Saturday.

Back to Top
Close Add post
X
Justin Langer’s Coaching Style Criticised By Australian Players: Reports…CricketAs per reports in Sydney Morning Herald some Australian players are not happy with the coaching style of Justin Langer, who is the current coach of th…

Joe Root Can Play Spin Well And Is Hard To Bowl Dot Balls At: Jos Buttler

X
Ajinkya Rahane Closing In On Surpassing MS Dhoni In England Tests…CricketAjinkya Rahane is eyeing to surpass MS Dhoni's tally of 4876 Test runs. Photo Credit: (BCCI) Ajinkya Rahane will be back to his duties as a vice-capta…
close