Home EntertainmentBollywood John Abraham is all praise for Squad

John Abraham is all praise for Squad 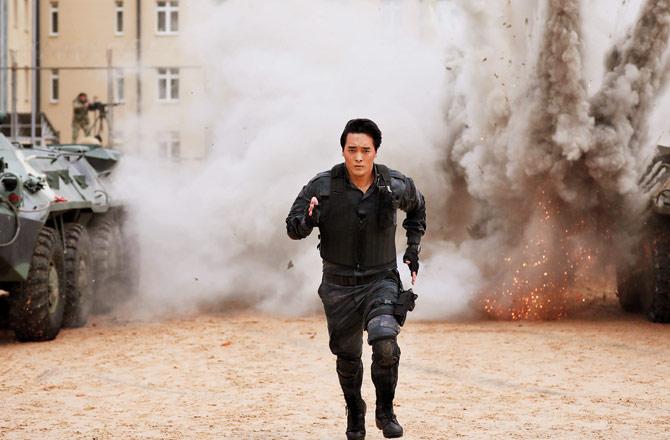 Action star John Abraham, who recently caught a glimpse of Nilesh Sahay’s upcoming venture, Squad, was all praise for the director. “The teaser is fantastic and Nilesh has showcased the action sequences with ease. Squad is well-mounted, and I am sure that the audience will love it. Nothing like this has ever been seen [in India] before.”

Sahay has not only directed Squad, but also produced, written, and edited it. He was also the co-choreographer of the stunts sequences.

The film marks the acting debut of Danny Denzongpa’s son Rinzing, and also features Maalvika Raaj. Talking about Rinzing, Abraham adds, “He is fabulous, and will blow everyone’s minds with his action scenes.”

Expressing his love for action films, Sahay says, “It is something that I live, breath, and eat. I have dedicated my life to it.” Stunt-coordinator Keir Beck helms the sequences. He has worked on films like Mad Max Fury. For this film Beck has employed MIG 16, helicopters, and 400 stuntmen. “Every stunt that we did, and each fight that we choreographed, was first executed by me. In one, I even hung from a helicopter. One can only lead by example.”

Touting the offering as an homage to every action film that defined Indian cinema, the director promises a climax sequence that will stay with viewers long past the film is over. While principal photography commenced in September 2019, the film was affected due to the pandemic. After the unit resumed, the makers sought the best locations. The movie was the first Indian offering to be shot in Belarus. “Ours is one among only two films that have been shot in Europe in the last nine months. It was among the greatest challenges of my life to pull it off.

The weather wasn’t conducive – there were storms and heavy snowfall. In low temperatures, actors struggle to work. But, it got done.” He says training his focus on the final product instead of being perturbed by obstacles, saw him through. “We shot an amazing song in a castle, at -4 degrees. My actors shot in T shirts and dresses,” he reminisces.

Talking about the cast members, he says, “Rinzing is tall and magnanimous. He is the most respectful person I know. Watching him work, I can say that an action star is born. Malavika was a child-actor who grew up to be a fine performer. The way she has worked is outstanding. Both of the actors have a promising career.”

Squad is presented by Zee Studios and IMEN (Indian Media Entertainment Network). “Zee is an amazing company, and I am honoured to have partnered with it.” Ask him what is on the cards, and he says, “We have a robust line-up for 2021-22. There are three films, including a romantic action comedy, a desi actioner, and a true-blue epic action film. There is also an action web series.”

Squad, a battle royal of Special Forces, which explores several emotional relationships, is slated to release in theatres next summer.