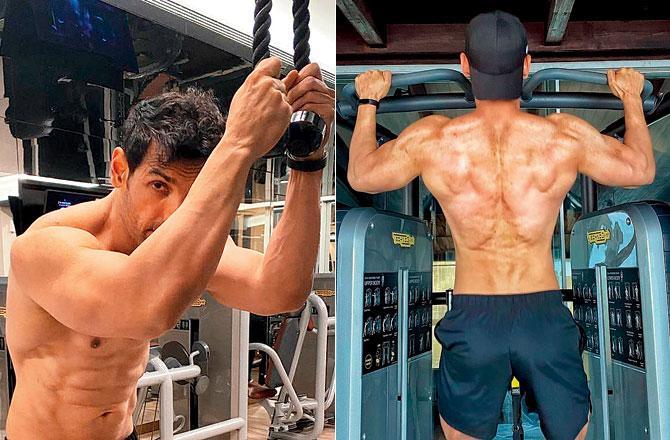 On Saturday, John Abraham provided a glimpse of his morning workout session. He posted, “Woke up like this.” He flaunted his chiselled back as he set new fitness goals while doing pull-ups.

Abraham is shooting in Lucknow for Milap Zaveri’s Satyameva Jayate 2. Despite the cold weather and long shooting hours, he does not skip his exercise regimen even for a day. On Thursday, Abraham turned 48. Buddy Abhishek Bachchan could only marvel at his determination. Junior B responded by posting fire emojis. Johnny boy set the Internet ablaze with his ripped back.

Satyameva Jayate 2 also stars Divya Khosla Kumar and is all set to release on October 2, 2020. It’s not going to be an easy road for John Abraham, as the film will have a box-office clash with three other major films- Vicky Kaushal’s Sardar Udham Singh, Farhan Akhtar’s Toofan, and hopefully, Tiger Shroff’s Rambo Remake.

Earlier, Bhushan Kumar, in a media interaction shared, “Satyameva Jayate was a commercial hit not just at the box office but audiences loved the action and drama. John has become our nation’s action hero since then. Nikkhil and we decided to take the franchise ahead and continue to make entertaining commercial cinema with Milap and John. The success of the first part definitely adds responsibility on us to deliver a bigger and better film this time around.”