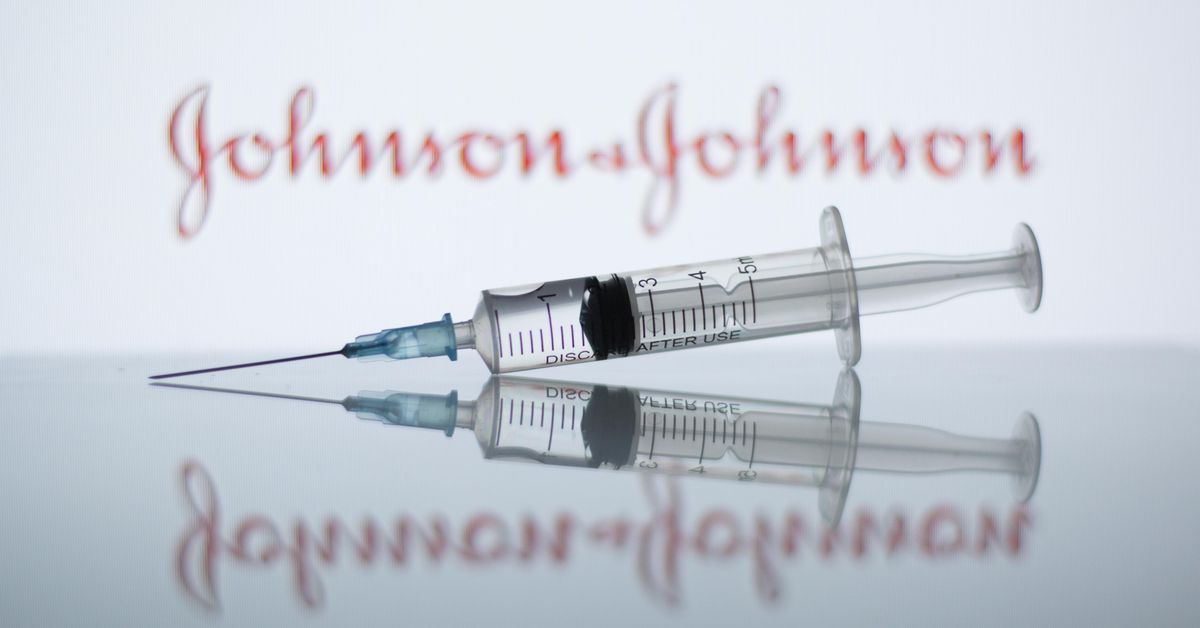 Since December, more than 80 million Covid-19 vaccine doses have been doled out around the world. But they all involve two-dose vaccines. Imagine how quickly the global vaccination effort could progress if countries suddenly had a highly effective one-dose shot to offer as well?

Mathai Mammen, global head of research and development for Janssen Pharmaceutical Companies, said during a Friday press conference that the vaccine also had “plain vanilla safety results,” with the vast majority of recipients experiencing no problems, and a handful of cases of fatigue, arm pain, and fever.

The efficacy levels varied in the different parts of the world where the vaccine was tested: 72 percent in the United States, 66 percent in Latin America, and 57 percent in South Africa, where a coronavirus variant with worrisome mutations that help it escape vaccines has been spreading widely. However, the company emphasized that the vaccine was consistent in how well it prevented severe disease across the board, with 85 percent efficacy in all regions.

Though it’s difficult to compare results in different trial populations, the finding doesn’t come in isolation. Novovax, a company supported by Operation Warp Speed, released similar interim phase 2 and 3 trial results on Thursday: Its two-dose vaccine had an 89 percent efficacy level in Britain, but that dropped to 49 percent in South Africa.

Big news: The JNJ vaccine results of 44,000 Phase 3 trial, a single dose. Overall 66% efficacy, with the contrast of 72% in US but 57% in South Africa, confirming immune escape/resistance of B.1.351 variant seen by Novavax pic.twitter.com/0WfXgkZVos

Health officials say that while the Johnson & Johnson efficacy results are not as high as those from Moderna and Pfizer/BioNTech, the vaccine’s performance is still superb.

“If this had occurred in the absence of a prior announcement and implementation of a 94, 95 percent efficacy [vaccine], one would have said this is an absolutely spectacular result,” said Anthony Fauci, director of the National Institutes of Allergy and Infectious Disease, during the press conference. The vaccine was developed by Janssen Pharmaceuticals, a division of Johnson & Johnson based in Belgium, together with Boston’s Beth Israel Deaconess Medical Center.

But unlike Novovax, Moderna, and Pfizer/BioNTech, the Johnson & Johnson vaccine doesn’t require a booster shot, circumventing the two-dose problems posed by its competitors. There’s no need to track people down for their second shot, which means more people should be vaccinated more quickly. The shots also don’t require deep-cold storage, which means they’re less costly and somewhat easier to distribute.

The Johnson & Johnson vaccine is different in another way. It uses an adenovirus vector to deliver instructions for making the spike protein of the coronavirus, which is also less expensive to manufacture than the mRNA platform used for the other vaccines. (It’s estimated to cost around $10 per vaccine — roughly half the cost of the Pfizer/BioNTech vaccine.)

Johnson & Johnson is expected to apply for Emergency Use Authorization from the Food and Drug Administration next week. If it gets a green light from regulators, the vaccine can begin distribution right away. The company has promised enough vaccines for 100 million Americans by the end of June despite production challenges.

So even with an overall efficacy level that’s lower than the two other vaccines on the US market, the Johnson & Johnson vaccine could become a major player. It’s the vaccine that “can increase equity,” said Saad Omer, the director of the Yale Institute for Global Health, particularly “if it’s deployed strategically in nations that are hard to reach and where that would be a particular challenge under a 2-dose schedule.”

But as amazing as it has been to have multiple effective Covid-19 vaccines developed in record time, it’s now clear that the technology alone won’t save the day. An orchestra of supply chains, manufacturing, logistics, staff, and public trust needs to harmonize in order actually get billions of shots into arms around the world and finally draw the pandemic to a close. And we also have other hurdles to overcome: controlling the spread of variants that seem to be threatening the effectiveness of all of the vaccines we have.

The latest results came in a press release rather than in peer-reviewed paper, though the company plans to publish its findings and reveal more information next week in its FDA filing.

But hints that this vaccine could be safe and effective have been trickling out for months. The company published some of its early phase 1 and phase 2 trial data in a pre-print paper in September, and the final version of the paper in January, in the New England Journal of Medicine. The papers showed the vaccine was well tolerated among the participants, and seemingly very effective: With one dose, after 29 days, the vaccine ensured that 90 percent of participants had enough antibodies required to neutralize the virus. After 57 days, that number reached 100 percent.

“When I looked at that, I thought wow, this Johnson & Johnson product is very powerful after the first dose in terms of immunogenicity,” said Monica Gandhi, a professor of global medicine at the University of California, San Francisco. “The Pfizer and Moderna vaccines needed two doses to get that level of [virus] neutralization.”

Like Pfizer/BioNTech, Johnson & Johnson “didn’t rush to phase 3 [trials],” said Hilda Bastian, a scientist who has been tracking the global vaccine race. Instead, they tested multiple vaccine doses and candidates at the outset to figure out which might perform the best in humans, and then proceeded through clinical trials.

The vaccine was also tested in nine countries — the largest single international phase 3 trial in the world, with more than 60,000 participants — meaning many ethnic groups are represented in the data, said Bastian. “As if all that’s not enough, it’s one of the ones that could be manufactured in South Africa and other places,” since Johnson & Johnson has manufacturing capacity around the world, even in countries hard-hit by the pandemic that have been waiting for vaccine supplies, she added.

The day this vaccine gets approval “is going to be a big day for the future of this pandemic [and] a ticket out of this disease for a larger part of the world,” said Nicholas Lusiani, a senior advisor at Oxfam America.

Part of the appeal of this vaccine lies in the technology behind it. Adenoviruses are a family of viruses that can cause a range of illnesses in humans, including the common cold. They’re very efficient at getting their DNA into a cell’s nucleus. Scientists reasoned that if they could snip out the right sections of an adenovirus’s genome and insert another piece of DNA code (in this case for a fragment of the new coronavirus), they could have a powerful system to deliver instructions to cells.

For decades, scientists have experimented with adenovirus vectors as a platform for gene therapy and to treat certain cancers, using the virus to modify or replace genes in host cells. More recently, researchers have found success using adenoviruses as vaccines. Already, an adenovirus vector vaccine has been developed for the Ebola virus.

To make one of these vaccines, the adenovirus is modified so that can’t reproduce, but can carry the instructions for making a component of a virus. In the case of Covid-19, most adenovirus vector vaccines code for the spike protein of SARS-CoV-2, the part the virus uses to begin an infection.

Human cells then read those instructions delivered by the adenovirus and begin manufacturing the spike protein. The immune system then recognizes the spike proteins as a threat and begins to build up its defenses.

Since adenoviruses exist naturally, they tend to be more temperature stable than the synthetic lipid nanoparticles that are used to deliver the mRNA in the Moderna and the Pfizer/BioNTech vaccines.

This helps lower the cost and complexity of manufacturing, distribution, and administration of adenovirus vector vaccines compared to other platforms. And simply having another vaccine on the market, made by a major pharmaceutical company with its own manufacturing infrastructure, is a big step forward. “The more vaccine doses we can have, the better,” Rasmussen said.

The next challenges for Johnson & Johnson are getting approval from the FDA, followed by actually delivering doses to millions of eager arms. A team of advisors to the regulator will hold a meeting to go over the results and then recommend to the agency whether or not to grant an EUA to the vaccine. At that point, the FDA will make a decision. If the Moderna and Pfizer/BioNTech vaccines are any guide, that could happen within two weeks.

With three vaccines eventually on the market, should people hold out for any one vaccine in particular?

“Right now when people ask me, which, you know, which vaccine should I get? It’s pretty easy to answer that question because it’s whichever one you get offered,” said Paul Sax, a professor of medicine at Harvard Medical School. Vaccine supplies are limited, the transmission of the virus is high, and hospitals are close to capacity, so few people can be picky about what they get.

On the other hand, once vaccine supplies stabilize, having multiple vaccines with different characteristics could allow doctors and public health officials to optimize how the shots are distributed. “If the efficacy [of a given vaccine] is lower but still pretty good, there may be a scenario that one vaccine is recommended for low-risk populations and another one is for a high-risk population,” Omer said.

Though the Johnson & Johnson vaccine does have some key advantages over its competitors, it could face some of snags that have hit its competitors, like miscommunication between the government and hospitals, production hurdles, and some hesitancy among recipients.

Researchers say that all of the manufacturers also need to start working getting vaccines to the rest of the world. The new variants that have emerged in the UK, Brazil, and South Africa are reminders that the virus continues to evolve, and that a partially vaccinated population could exert more selection pressures the accelerate these mutations. So vaccination has to happen fast — and Johnson & Johnson’s vaccine may be a critical tool to do this.

“Long-term, we need to be thinking about getting vaccines out equitably to the entire world, and having vaccines that are easier to distribute in terms of the cold chain requirements is going to be huge in that regard,” Rasmussen said.

But even as these vaccines roll out, there’s still more to learn: how long protection from vaccines last, whether there are any rare complications to consider, whether they prevent transmission as well as disease, and how well these vaccines work against the new variants. There are already some troubling signs of how these variants might eventually be able to evade vaccines. Continuing clinical trials will be critical, said Sax.

“You know, we’ve got millions of people who’ve received these vaccines already, which is exciting,” he added. “We’re on our way.”