Home Sports Jonnu Smith is a solid, Gronk-esque addition for the Patriots

Jonnu Smith is a solid, Gronk-esque addition for the Patriots 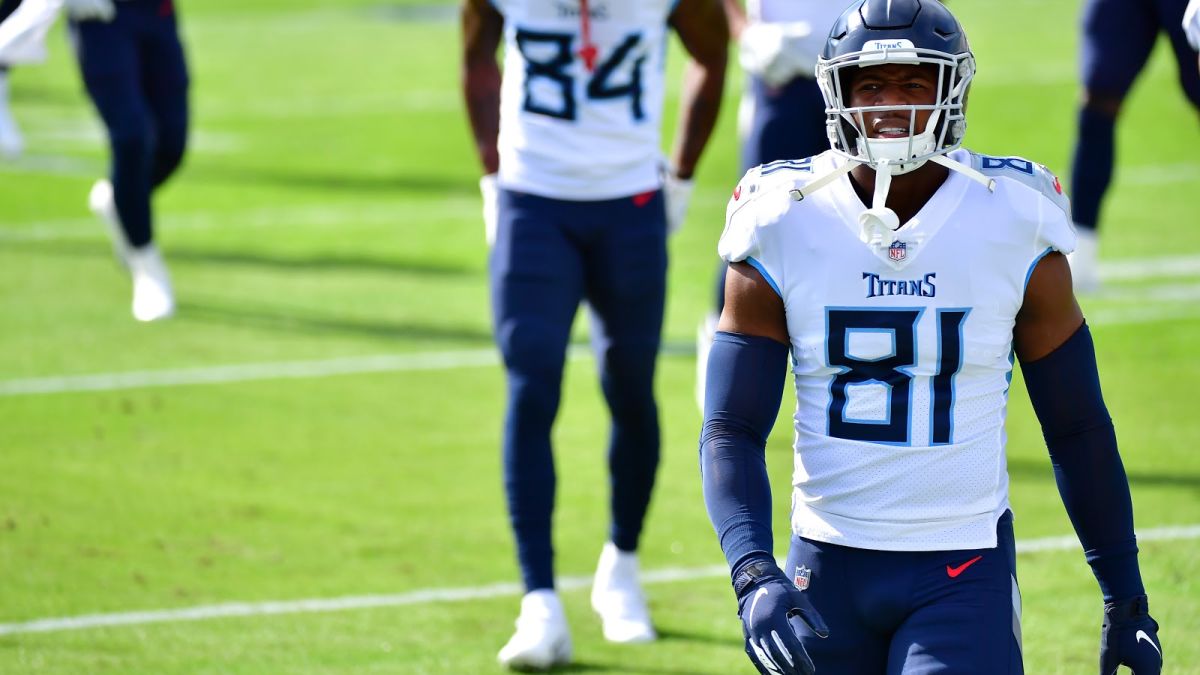 The Patriots were lost in the dark in the first year of their post-Brady era. The Cam Newton experiment didn’t work, in part because of his battle with COVID, and the roster proved to have incredibly uninspiring weapons to work with. In atypical fashion, Bill Belichick has stormed into the free agency legal-tampering period hell-bent on getting some talent, adding tight end Jonnu Smith to the team, giving him the second-highest pile of cash the Patriots have ever spent on a player in free agency.

When the Patriots were at their best the offense ran through the TE position with prime Rob Gronkowski. Gronk worked the middle of the field and was a dominant force in the red zone. Since he left, the most production the Patriots have gotten out of the position is the terribly underwhelming Ryan Izzo, who posted a measly 199 yards and zero touchdowns in 12 games.

Smith is a beast of an athlete. His 4.62 40-yard dash at the 2017 NFL Combine is good for the 88th percentile, according to PlayerProfiler. He’s fast and powerful for his size, with fantastic ball skills, and is lethal after the catch. He’s a great fit for the Patriots, who are severely lacking not only at TE, but also at the receiver position as well.

Looking for a Gronk-ish replacement, they get one who doesn’t have any of the off-the-field stupidity that the aforementioned tight end/personality carried with him. They won’t have to worry about booze cruises or professional wrestling with the talented 25-year-old. Smith is coming off an eight-touchdown season and should feature heavily in their scheme.

Is Smith going to post numbers comparable to one of the greatest tight ends in league history? Probably not. When healthy, Gronk was essentially a lock for 1,000 plus receiving yards and double-digit touchdowns. He was an unstoppable force. Smith might not be able to duplicate that ridiculous production, but he has the skillset and the athleticism to contribute to the offense.

Who they’ll have at quarterback is an entirely different problem. They brought back Cam Newton on a replacement-level contract, but it has to be assumed that they will be aggressive in the NFL Draft to find their next franchise signal-caller.

The Patriots are turning the page. How Belichick will lead a rebuild remains to be seen after two decades of sustained success, but the team is already more active in free agency than we are used to seeing, and apparently are willing to spend to put together the roster they want.