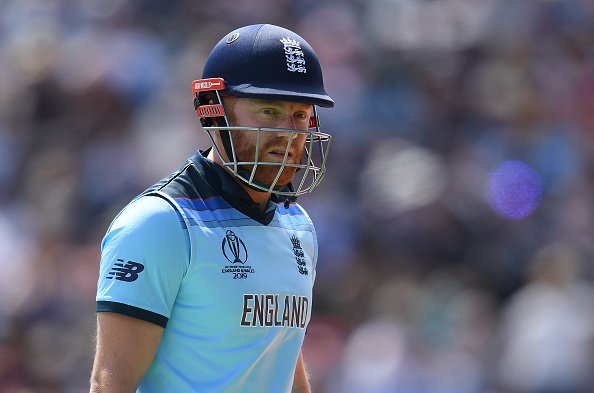 Jonny Bairstow will return to the England squad after their first Test against India, England batting coach Graham Thorpe confirmed on Friday.

England batting coach Graham Thorpe confirmed that wicketkeeper-batsman Jonny Bairstow who amassed 139 runs in 2 Tests averaging 46.33 against Sri Lanka will return to the England squad after conclusion of 1st Test.

Notably, Jonny Bairstow, Mark Wood and Sam Curran had been rested by England for the first two Tests against India, starting on 5 February in Chennai. In their place, England had recalled Ben Stokes, Jofra Archer and Rory Burns, all of whom have been rested for the ongoing series in Sri Lanka.

With Jonny Bairstow carrying out the rescue attack for England against Sri Lanka at the Galle, many cricket experts questioned the decision of the English selectors to rest the experienced wicketkeeper-batsman for the first two Tests against India.

“He is coming after the first Test into the squad,” Thorpe said in a virtual interaction with the media on Friday.

Jonny Bairstow was to, anyway, join the team after the second Test’s conclusion. Now, his arrival has been advanced. 31-year-old Jonny Bairstow have scored above 4000 runs in 72 Tests averaging around 35.

Kevin Pietersen had said that it is “disrespectful” to England fans and India if the visitors don’t play their best XI. He tweeted that winning in India is as good a feeling as winning in Australia.  He further questioned whether England have picked the best team to confront India who are top-ranked Test team and will play after a successful Australia Test tour and also will have home conditions advantage.

“Big debate on whether England have picked their best team to play India in the 1st Test. Winning in India is as good a feeling as winning in Australia. It’s disrespectful to England fans & also BCCI to not play your best team. Bairstow has to play! Broad/Anderson have to play!” Pietersen had said in a tweet.

India are all set to host England in a 4-Test series, starting February 5 in Chennai. The first 2 Tests will be played in the South Indian city before the action for the last 2 Tests, including a day-night Test match, shifts to Ahmedabad.

Jos Buttler will play 1st Test and then return home missing the final 3 Tests. Rory Burns missed Sri Lanka Tests on paternity leave while Jofra Archer and Ben Stokes were rested. Ben Foakes will keep wickets while Ollie Pope will be added to the squad if deemed fit enough.