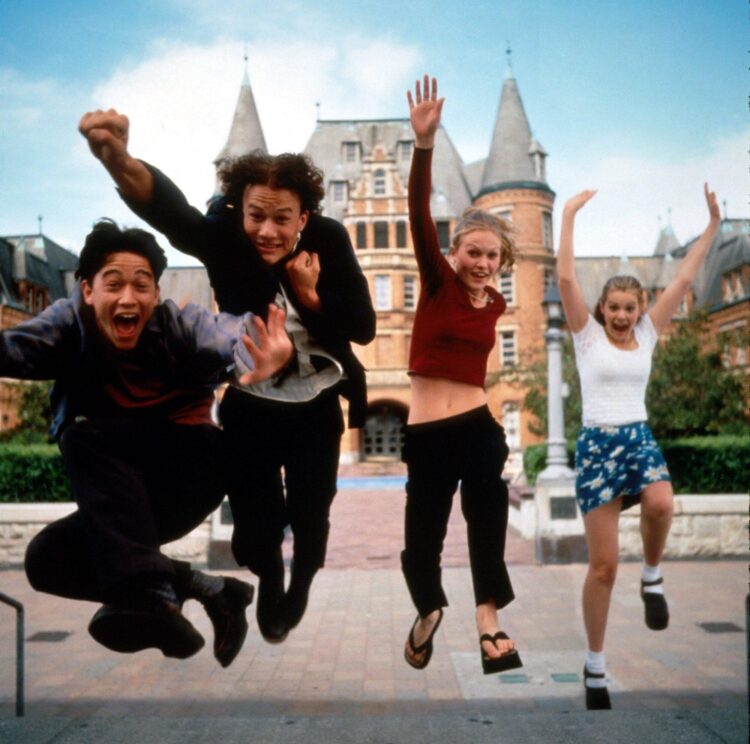 Joseph Gordon-Levitt shared a sweet memory with fans to commemorate the anniversary of 10 Things I Hate About You.

The beloved film starred Gordon-Levitt alongside Julia Stiles, Larisa Oleynik and the late Heath Ledger in one of his breakout roles. Gordon-Levitt posted a rare shot of all four jumping into the air on Instagram to celebrate the 22nd anniversary of the film’s release on Wednesday.

“10 Things I Hate About You came out today, March 31st, back in 1999. I’ll never forget that summer, making that movie with such wonderful people. The best of times. Still can’t believe it was over 20 years ago,” the actor, 40, wrote alongside the picture.

10 Things I Hate About You, a modernized take on Shakespeare’s Taming of the Shrew, went on to become a teen classic, with its tale of a high schooler (Oleynik) attempting to set her sister (Stiles) up with Ledger’s Verona in order to get around their strict father’s dating rules.

The film proved a breakthrough role for Ledger (thanks in part to his swoon-worthy performance of “Can’t Take My Eyes Off You”), who died at age 28 on Jan. 22, 2008 after consuming a fatal mix of prescription drugs.

In 2019, the late actor was fondly remembered by the film’s director Gil Junger, who recalled being immediately struck by Ledger when he showed up to audition.

“Heath walked in, and I thought to myself, if this guy can read, I’m going to cast him. There was an energy to him, a sexuality that was palpable,” Junger told the New York Times as part of an oral history ahead of the film’s 20th anniversary.

RELATED: Attention ’90s Teens: The Cast of 10 Things I Hate About You Had a Reunion

“I know for a fact he was in recovery prior to his death. He was trying to get healthy,” costar and friend David Krumholtz told the Times in the same piece. “I just want people to know there was a suffering individual there, who couldn’t have been a lovelier human being. I prefer to remember Heath as a 20-year-old kid doing his first American lead with a big giant Cheshire grin smile on his face, taking charge as the leader of the group like any good ensemble leader should.”