Judge Judy says her feelings are not ‘necessarily PC and kumbaya’ 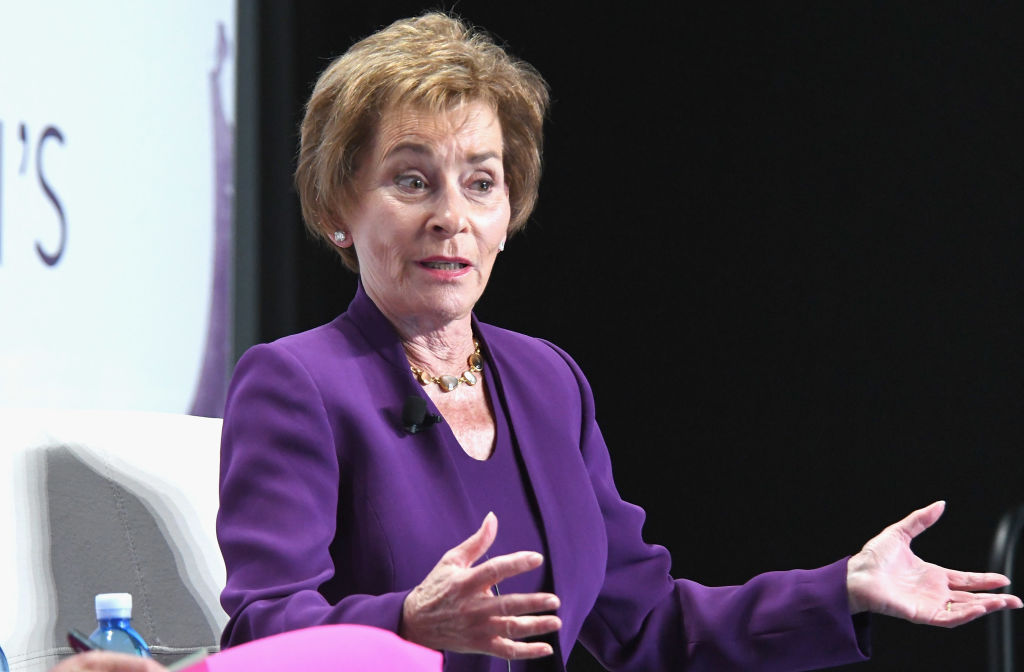 Judy Sheindlin, best know as the star of Judge Judy, has a certain style on the TV bench. If you’ve seen her show over its 25 seasons on the air, you’re familiar: She’s no-nonsense, almost harsh with the people who come before her.

“Are my feelings necessarily PC and kumbaya? No. They are realistic,” Sheindlin told The Guardian.

As far as she is concerned, ignoring reality in order to be politically correct is ignorant and “hurtful — mostly to children.”

Sheindlin, who’s preparing to hang up her robe, at least for this particular show, offered an example.

“How do you put together in your brain a mother punishing a child by putting out a cigarette on his arm? A parent punishing a child for wetting their pants by making them sit in scalding water? How do you do that!” she said. “Do you say: ‘Well, I’m going to look at the childhood of the parent — maybe that’s all the parent knew?’ Not in my world. In my world, if that’s the way you know how to parent, you shouldn’t have any more children.”

Sheindlin would probably say something like that in her courtroom, where the parties have signed contracts to abide by her decision. But her decisions are not law. “I mean, I can’t do that.”

Before Sheindlin went on the air, though, she spent a quarter-century working as a litigator and a judge in New York’s family court, which she said “toughened” her.

Her second career has been extremely successful, with Judge Judy having topped or nearly topped syndication records for all of its run. She makes a cool $47 million per year for her efforts.

She knows that not everyone appreciates what she does or how she does it, but she doesn’t care.

“Some people didn’t like my style — I told them to bug off,” Sheindlin said.

However, she insisted that she’s not “gratuitously nasty or mean, without trying to make a point.”

Her response to those who dislike her rulings?

“For those idiot critics in the legal field who say ‘she gives judges a bad reputation,'” Sheindlin said, “It’s TV, folks. You want to sit in a regular courtroom, go to a courtroom.”

While she’s leaving her best known show behind after this season, she’s already planning a new show, Judy Justice, for Amazon.

Ariana Grande: The Voice’s Producers Are Excited For Her Season As A Judge –...

Seth Rogen Confirms Emma Watson Walked Off the Set of This Is the End...