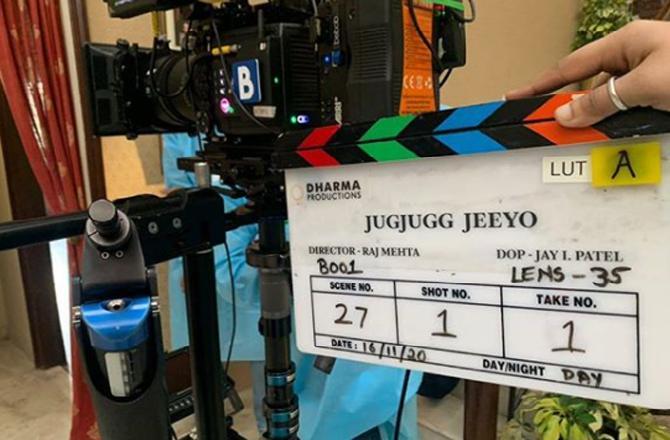 The comedy entertainer marks Neetu Kapoor’s comeback in movies after seven years. She was last seen on screen opposite her late superstar husband Rishi Kapoor in ‘Besharam’ in 2013.

The film producer took to Twitter to share an image of the clapperboard from the film shoot to announce the beginning of the shoot. “Every elders blessing … for a long and prosperous life #JugJuggJeeyo … the journey begins today … with your blessings,” he tweeted along with the picture.

Alternatively, senior actor Neetu Kapoor also shared a picture from the sets of the film. She posted a picture of herself getting ready for the shoot and complimented it with a short note about her comeback. “Back on set after so many years. To new beginnings and the magic of the movies,” she wrote in the caption.

The ‘Dharam Veer’ actor went on to remember her late superstar husband Rishi Kapoor. “Feel YOUR love and presence. From mom, to Kapoor Sahab, to Ranbir always being with me .. now I find myself all by myself, feeling a little scared, but I know you are always with me,” her caption further read.

Produced by Karan Johar’s Dharma Productions, the film is being directed by Raj Mehta.

Himani Kapoor: Arijit Singh is always open to inputs and that sets him apart