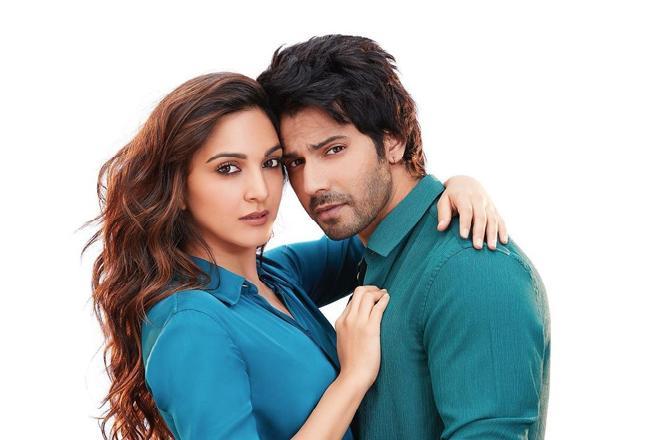 Varun Dhawan, Kiara Advani, Anil Kapoor, and Neetu Kapoor will be seen together in Good Newwz director Raj Mehta’s Jug Jugg Jeeyo, and for the uninitiated, the entire team has already flown off and begun shooting. This seems to be a very interesting ensemble that promises great fun.

And now, taking to her Instagram account, Kiara Advani shared a picture with Varun Dhawan, who plays her husband in the film, and called it a ‘Happy Husband, Happy Life’ kind of a moment. Have a look right here:

Had the world not been hit with the COVID-19 pandemic, Advani was supposed to have Laxmii in cinemas on May 22, followed by Indoo Ki Jawaani on June 5, Shershaah on July 10, and Bhool Bhulaiyaa 2 on July 31, but now, things have gone for a toss. Laxmii recently streamed on Disney Plus Hotstar and the rest are yet to arrive.

Dhawan is gearing up for Coolie No. 1 and is also doing a horror-comedy called Bhediya with Kriti Sanon. This is also Neetu Kapoor’s comeback film, who was last seen with Rishi Kapoor and Ranbir Kapoor in Abhinav Kashyap’s Besharam in 2013.

She recently posted a picture of herself getting ready for the shoot and complimented it with a short note about her comeback. “Back on set after so many years. To new beginnings and the magic of the movies,” she wrote in the caption.

The ‘Dharam Veer’ actor went on to remember her late superstar husband Rishi Kapoor. “Feel YOUR love and presence. From mom, to Kapoor Sahab, to Ranbir always being with me .. now I find myself all by myself, feeling a little scared, but I know you are always with me,” her caption further read.

Produced by Karan Johar’s Dharma Productions, the film is being directed by Raj Mehta.