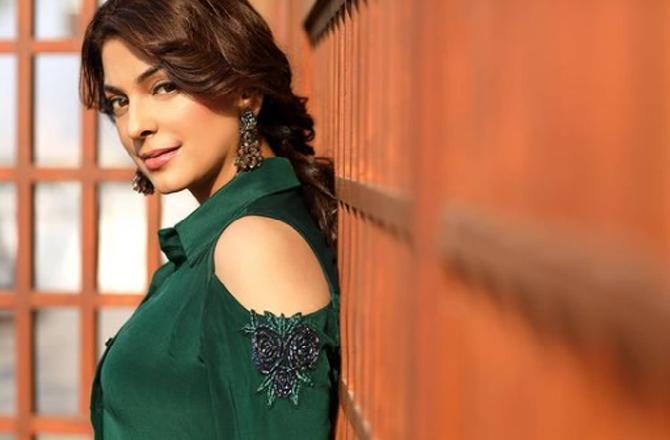 Juhi Chawla made a smashing entry into the Hindi film industry with 1988’s Qayamat Se Qayamat Tak and went on to become one of the biggest stars in the industry with successes like Lootere, Hum Hain Rahi Pyaar Ke, Deewana Mastana, Ishq, Yes Boss, Mr. And Mrs. Khiladi, and Darr.

In the later stages of her career, she played characters with equal gusto and branched from her brand of cinema and attempted titles like 3 Deewarein, My Brother Nikhil, and 7 1/2 Phere. In an interview with Pinkvilla now, she has reflected on her career, how she found children to be a nuisance, and how there’s nothing like perfect parenting.

She said, “When I first became an actress, I did not know what it felt like to be on a set, what it felt like to be standing in front of actors like Rishi Kapoor ji and Amitabh Bachchan ji and try to say a dialogue. Every day was new, sometimes you do a happy scene, sometimes sad, dance, it is always new. Then when you get married, you don’t know how it is going to be like, no matter what everyone says.”

She added, “Then when you have children, it is a new experience. In fact, frankly, before I had kids, despite doing films like Hum Hai Rahi Pyaar Ke, I had no fondness for children. I would find them as a nuisance. (laughs) But I started looking at children differently once I turned into a mother. It changed me.”

When asked about parenthood and how to be a perfect parent, this is what Juhi Chawla opined, “There is nothing like a perfect parent. I know my parents were also working and I hope my children also see it that way. I don’t see any problem with that. From my side, I always try my shooting schedule is in Mumbai, or if I am going outstation, someone is there at home, so that they are never left alone. Sometimes when I used to go, the mother-in-law or sister-in-law would take care.”

She continued, “I would also make sure that the shooting schedule outdoors is not more than 10 days at a stretch so that I could visit my kids and see them. It is not like they wanted me to come but it was me. So, you always try to juggle and balance, and mostly, somebody helps you and things happen when you believe in it. It might not be perfect, it is never perfect but you do your best.”

Chawla, along with Aziz Mirza and Shah Rukh Khan, also became a producer under the Dreamz Unlimited production house and made films like Phir Bhi Dil Hai Hindustani, Asoka, and Chalte Chalte. She has also made me appearances in films like Krazzy 4, Bhoothnath, Swami, Salaam-E-Ishq, and Chalk N Duster over the years.

RELATED:  A Quarantine Nightmare: Three Weeks in a Hotel, if You Can Find One