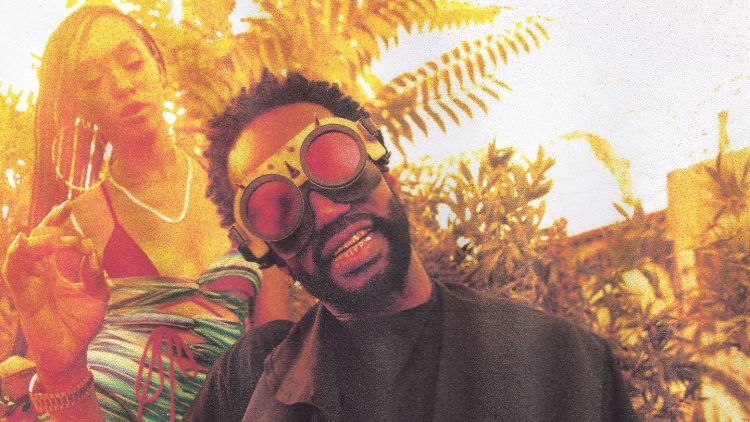 After 30 years in the music industry, Juicy J is happier than ever. The legendary emcee and anchor of the rap group Three 6 Mafia is still going, celebrating the imminent release of his fifth studio album, The Hustle Continues, which features a slew of cameos from younger artists working within an industry that he shaped: Megan Thee Stallion, Lil Baby, Young Dolph, and more. He is also a shrewd businessman, with investments in Core Hydration, cannabis company Asterisk*, and Epic Games (maker of Fortnite). But perhaps his greatest personal achievement is becoming a doting husband and father, an experience he calls life-changing. “It’s great, man. It’s the best feeling in the world,” he tells MTV News. “But I ain’t gonna lie to you… it’s real-life shit. It ain’t no studio.”

His sojourns with Three 6 Mafia solidified the rapper as a hip-hop icon. The Memphis group made history in 2006 when they became the first rap act to win an Academy Award for Best Original Song for Hustle & Flow’s “It’s Hard Out Here for a Pimp.” That recognition and acclaim garnered the crew significant attention and opportunity; Juicy J used the newfound momentum to continue pursuing a highly successful solo career.

His versatility and signature syrupy flow play a vital role in how he approaches music-making. “I mean, I’m a producer. I know about everything from the beat to the kick to the bass. I know how to write a punchline verse and I still kill it every time,” Juicy J explains. “It’s hard to do, but you know what? Look, I ain’t bragging, but I gotta keep it 100: I’m a genius. I got the favor of God on my back. Just like everybody else, I put in the hard work, and I got the bruises to prove it.”

Ahead of The Hustle Continues (out Friday, November 27), Juicy J sat down with MTV News to discuss the secret to his longevity, penning pop hits, and why he deserves to be recognized as one of the greatest emcees of all time.

MTV News: In a recent interview, you referred to yourself as the Michael Jordan of rap. Do you think hip-hop appreciates your legacy as a lyricist and solo artist?

Juicy J: I would say yes… sometimes no. And sometimes on the low. It’s kinda mixed. When they mention great people, my name don’t come up. But when they mention who’s been around for 30 years and still killing the game, then my name comes up. That’s kind of weird, but this game is so competitive, and you know, a lot of people don’t want to give people props. I don’t really care about all that. But I tell everybody, when you mention Jay-Z, Nas, and Biggie Smalls, you gotta mention Juicy J — you know what I’m saying?

MTV News: When people discuss horrorcore and rap, they bring up Geto Boys or Gravediggaz, but I feel like Three 6 Mafia’s [1995 debut] Mystic Stylez was also really influential in that way. What was the mindset behind making the album?

Juicy J: Man, we just did our thing. We just went in the studio and did it. I can’t even say what the mindset was but I’ll tell you this much. All of our other albums were on mixtapes and stuff like that, but Mystic Stylez was Three 6 Mafia’s first real album that was in stores. Our other stuff was sold out the back of our truck, so we were excited about [Mystic Stylez]. And we had our own distribution deal, we owned 100 percent of the masters. We produced the whole project, we promoted the whole project, no features. It was all in-house.

MTV News: That is incredibly important, especially for Black hip-hop artists who may get stuck with exploitative contracts and record practices.

Juicy J: For that album, I sold my car to pay for studio time. Me and [DJ] Paul went half and half. I sold my car to pay for my half. And I had a nice car, too, so I had to get a lesser car for a lesser price. And my beautiful car had the rims on it, with the candy paint… I knew I had to use it to pay for studio time. But I just saw myself at the craps table and rolled the dice. I took that chance. And I’m still out here in the game. I got a lot of big records coming. I can’t even tell you what’s about to happen.

MTV News: You’ve always been open and honest about how excessive you were after Three 6 Mafia’s Academy Award win in 2006. Did you realize the impact it would have on hip-hop years later?

Juicy J: I realized it put a stamp on everything. We didn’t think that we were going to win anything. At that point, it showed everybody that these guys are here to stay… these guys ain’t going nowhere no time soon. That these guys are pretty much the blueprint of hip-hop, you know what I’m saying? Like every song right now — every snare, every lyric is Three 6 Mafia. Every verse and pretty much everything in music right now is Three 6 Mafia. People can sit and try to deny, but they lying to themselves. They lying to themselves. It’s cool, and I ain’t got a problem with it. I actually love it. We never thought that a small rap group from Memphis, Tennessee, would have such a big impact on music in 2020.

MTV News: Since this is an interview for MTV, I have to ask about your show for the network, Adventures in Hollyhood. It looked like one hell of a party.

Juicy J: I mean, we had just won the Academy Award, so we were just partying. Every day was a party, party, party. But there’s so much stuff they couldn’t show. I mean, we had a lot of drinking, a lot of crazy orgies. It was just a mess, a beautiful mess. And we put the whole show together. When we sat down with MTV, we already had the show edited and everything. We bought a camera for like $7,000 and we went around filming ourselves. When they looked at it, they were like, “This is fucking amazing.” We were some of the first rappers to do reality television.

MTV News: I feel like almost everything you see on television now is some variation of a reality show.

Juicy J: Everybody was like, “So now y’all going to Hollywood? Don’t do a reality show!” We didn’t care, man. We did what we wanted to do. You gotta make your own destiny. You gotta go with what you believe in your heart. And in my heart, that’s how we felt. I was sitting in meetings with these big head executives and I’m talking to these people at 22, 23 years old. Sometimes I think, what the hell was I doing? But we were smart. We didn’t go for the dumb, bullshit deals they were trying to give us.

MTV News: Something that stood out to me in your solo career was Katy Perry handpicking you for the feature on “Dark Horse.” How does your songwriting process change for a pop, radio-friendly song?

MTV News: Speaking of pop music, you were also on the song “23” with Mike Will Made-It, Wiz Khalifa, and Miley Cyrus. Were you trying to help make Miley edgier at that time? How do you feel about that record now?

Juicy J: I love that record. Every time I perform that record, people go crazy. If I had to do it again, I’d do it again. We did our thing on that. I had a great time working with Miley Cyrus, man. She has a lot of energy. I just felt that at the time she was just growing up. Everybody was so used to seeing her on Disney. She’s a grown woman now, you know what I’m saying? People were shocked because they were so used to seeing her as Hannah Montana, but people grow up.

MTV News: You are the go-to artist for features and young rappers today — A$AP Ferg, Rae Sremmurd, and G-Eazy have sampled your songs. Why do you think your catalog has such strong staying power?

Juicy J: It’s a blessing from God. It’s just good music — and you can’t deny good music. I wrote “Slob On My Knob” when I was in 11th grade. That was years and years and years ago. That was before Three 6 Mafia. I just did it over and put it on a Three 6 Mafia album. Good music don’t really die — it just keeps going. It keeps going. I think everybody enjoys the party lyrics in the song and the turn up in the song and the beat. It’s just fun. “Slob On My Knob” was a huge club record when I first did it in Memphis, and it’s still a huge club record. If you went in a club right now and they played it, everyone would still go crazy.

MTV News: The Hustle Continues is your fifth solo album and is really a testament to your evolution. What keeps you motivated?

Juicy J: When I go into a verse, when I go do something, I’m going to try to murder it. I’m going to give it my all, you know, just like when I did growing up. I’m a go-getter — nobody’s going to stop the bag at all. I’ve been doing this for a long time and it’s such a blessing just to be on the phone and being interviewed about what I’ve done. And I’m gonna keep going. My kids’ kids will be listening to Juicy J. I’m gonna be like Tony Bennett around here: 80 years old and still getting Grammys and shit. This is what I love to do and I’m a genius at it — so give me my flowers, man.