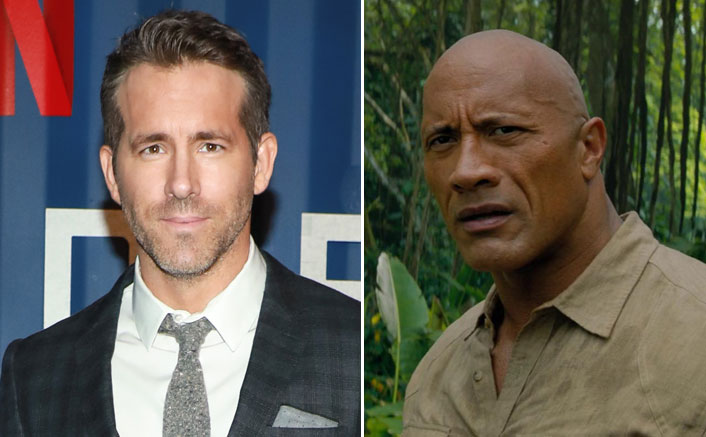 Ryan Reynolds is one of the busiest actors in Hollywood right now. While he is right now associated with numerous projects and speculated for a gazillion. Amid this, the newest report adds one more speculated project to the actor’s kitty. If the reports are to be believed Reynolds is reuniting with his pal Dwayne Johnson aka The Rock. The Deadpool actor is set to enter the world of Jumanji 3. Read on to know all the details about the same.

If you are unaware, Ryan Reynolds and Dwayne Johnson have turned out to be the closest friends. The two have recently wrapped up Netflix’s Red Notice, which also stars Wonder Woman fame 1984. There was buzz that the two are looking out for more projects to star in together. Seems like the Jumanji universe might let them be the best of friends on screen. Kevin Hart must be making a revenge punch already.

As per we got this covered, the two busiest Hollywood actors are planning to come together in the next Jumanji film. If Daniel Richtman’s tea is to go by, Ryan Reynolds will be in the movie in a special appearance. It is self-explanatory that the actor cannot sign another full-fledged part considering the numerous projects he is a part of.

Jumanji 3 or 4 was confirmed by director Jake Kasdan. As per Collider, he said that they paused work due to the pandemic are working on the sequel. He said, “We were just getting into the conversation before this global calamity and we will re-engage it as soon as everybody’s settled. We all love working together and we’ve loved making these. To me, the thing that’s always been most critical when talking about a sequel, first in the first movie and now in the possibility of another sequel is, it would have to be exciting on its own two feet in a way that’s comparable to what the first two were for me. I would have to love the idea just as much. So I think there will be a third one and it’s just the earliest days of trying to figure out what that would be.”

Must Read: Michael B Jordan & Lori Harvey Are In A Relationship, Make It Official Through Instagram