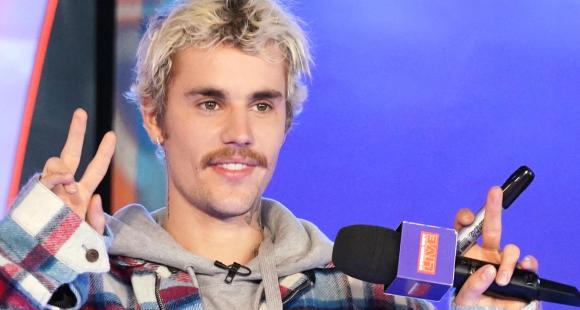 Amidst backlash for mentioning Martin Luther King in his album Justice, Justin Bieber is now defending his decision. Scroll down to see what he said.

Peaches singer Justin Bieber recently spoke about his choice to create the “MLK Interlude” in his newest No. 1 album Justice during a conversation on Clubhouse today, which resulted in some social media backlash. When asked how he thought his music could play a role in social advocacy, JB said: “Being Canadian…they didn’t teach us about Black history. It was just not a part of our education system. I think for me, coming from Canada and being uneducated and making insensitive jokes when I was a kid and being insensitive and being honestly just a part of the problem because I just didn’t know better. For me to have this platform to just share this raw moment of Martin Luther King in a time where he knew he was going to die for what he was standing up for,” he said, via Billboard.

He said he was willing to put up with “as much hate by putting that on the album,” and rejected the idea of being a “white savior” trying to solve injustices, saying his goal was to “amplify” the late activist’s “incredibly, touching speech.” “I want to keep growing and learning about just all social injustices and what it looks like for me to be better, what it looks like for my friends to be better. And I know I have a long way to go. I love that when people are listening to my album, these conversations are coming up and they’re like, ‘Well, how is he going from Martin Luther King into a love song?’” he said.

“I’m not trying to make a connection between me and Martin Luther King. That’s why I never try to talk about social injustice or I didn’t want to be the one to talk about it because I just have so much more learning to do. But I have this man who was ready to die and what he believed to be true. If I’m not willing to face some sort of ridicule or judgment of people wondering my motives or whatever that is, for me, it was a no brainer.”

ALSO READ: Deepika Padukone REVEALS Justin Bieber’s Peaches is her favourite song as she refuses to show her playlist

CDC director defends telling fully vaccinated they can go without masks amid confusion in...