Home EntertainmentBollywood Kaagaz: Satish Kaushik On Reason Behind Casting Pankaj Tripathi In Lead, “I Had To Prove To Everyone…” Exclusive!

Kaagaz: Satish Kaushik On Reason Behind Casting Pankaj Tripathi In Lead, “I Had To Prove To Everyone…” Exclusive! 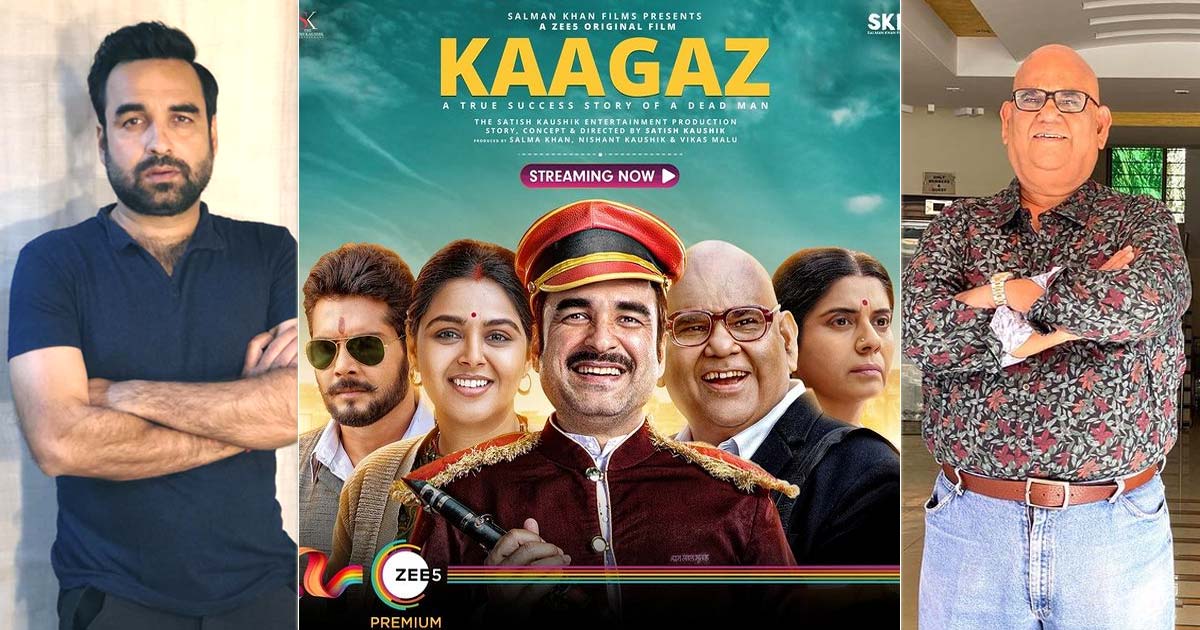 Pankaj Tripathi is currently one of the finest actors we have in our industry, and we all have witnessed his excellence on-screen. He fits in perfectly like a lost puzzle piece in whatever character he plays on the silver screen. Well, recently we all saw him playing a dead bandmaster on paper in Kaagaz, and we have to admit that he is brilliant. Well, we got a chance to speak to Satish Kaushik who directed the film, and he could not stop praising the actor.

We wanted to know from Satish Ji that what coaxed him to cast Pankaj in his film? Even the Ludo actor himself admitted that he never thought there would come a day when he will be cast as the male lead in a film. We are glad that Satish Ji did so, and we got to experience the pure innocence on screen.

Satish Kaushik replied to our question, “Cinema bada change ho raha hai. Aaj kirdaar bada hero hota hai. Neena Gupta and Gajraj in Badhaai Ho were brilliant, and it was great of Ayushamnn to accept that film where those two characters were the hero of the film. I always knew it that he would carry it completely on his shoulders whenever Pankaj Tripathi works for any movie. Whenever I saw any of his movies, Pankaj used to outshine any character he portrayed on screen. I had confidence in him, and he showed confidence in me, this turned out to be great for the film.”

“Aajkal ke heroes soch te hai ki pata nahi ye picture bana paayenge ki nahi bana paayenge. But, I had to prove to everyone that if my script is strong and if I have a brilliant actor, my film will be a big hit. Pankaj is such an esteemed actor, and he fit in this role so well that now it appears as if no other actor could have portrayed this role as good as him. I wish that he gets all the awards, national awards and jitney bhi awards hai because kaha itne bareeki se aajkal koi kaam karta hai, itne detailing me kaun kaam karta hai,” continued Satish Kaushik.

We wanted to know from Satish Ji if Pankaj Tripathi was his first choice for Kaagaz. The reply which we got shocked us. The director said, “No! scripts kabse work out ho rahi hai. 2003 me maine rights liye the film ke. Ye film kai logo ke paas gaya par kisi ko samajh nahi aayi, unlogo ne mujhe bhav bhi nahi diya. I will not take names, but I went to many big names with my script, but they did not have confidence in me. But, when I finally completed the script and went to Pankaj he readily accepted the film and that is how he came on board. I felt I have won half my war as I have got my perfect Bharat Lal.”

We absolutely agree with Satish Kaushik as even though Pankaj is the perfect Bharat Lal he could get. What do you think?

Must Read: Kangana Ranaut On Being Trolled For Using Mechanical Horse In Manikarnika: “The Mafia Joined In…”