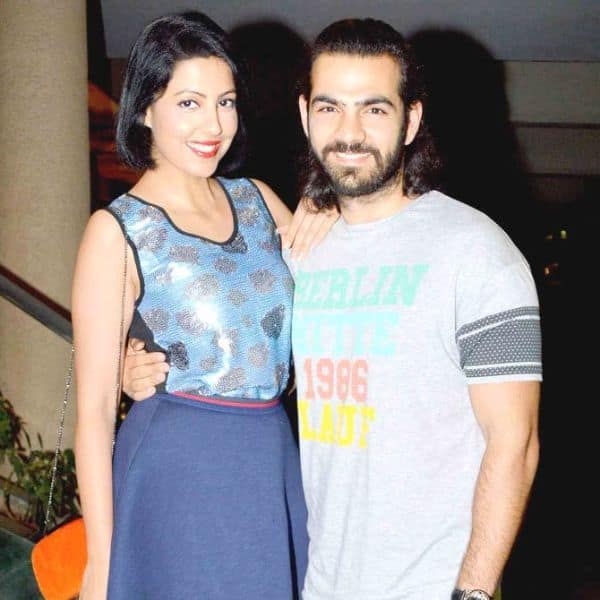 Kahaan Hum Kahaan Tum actor Karan V Grover was appreciated for his performance in the show. He had impressed his fans as Dr. Rohit Sippy and has a massive fan following. His chemistry with Dipika Kakar Ibrahim in the show was loved. Karan V Grover has been dating actress Poppy Jabbal since 10 years but none of them have spoke about it earlier. Karan and Poppy met in a car parking area and later they met again through some common friends and soon started dating. Both their families are aware about their relationship. Many have asked Karan and Poppy about their wedding plans. Now, finally Karan V Grover has opened up about his wedding plans in an interview with ETimes. Karan revealed that he and Poppy are happy the way they are right now. Also Read – Kahaan Hum Kahaan Tum completes a year: Fans cheer for Ronakshi aka Karan V Grover and Dipika Kakar

They do not plan to get married as both of them are busy with their career. Karan also shared that he is having some meetings regarding work and will be back on the screens soon. He mentioned that it has been a year since he has shot after his show Kahaan Hum Kahaan Tum went off-air abruptly. He also said that there is no standard rule when we talk about relationships between two people and that it’s different for different people. He also adds that there are different stages in a relationship and the stage in which he and Poppy are right now is one where they are happy and satisfied. Also Read – #KahaanHumKahaanTum: Fans thank Karan V Grover and Dipika Kakar whilst demanding a second season of the love story — read tweets

Karan V Grover also shares that luckily their parents also don’t force them to get married and support them. He also said that they share a lot of things in common and when they are together they don’t need anything or anyone else. Karan and Poppy also attend each other’s family functions together and meet common friends from the industry as well. Also Read – Kahaan Hum Kahaan Tum actor Karan V Grover on the show going off-air due to low TRPs: I don’t understand the TRP system