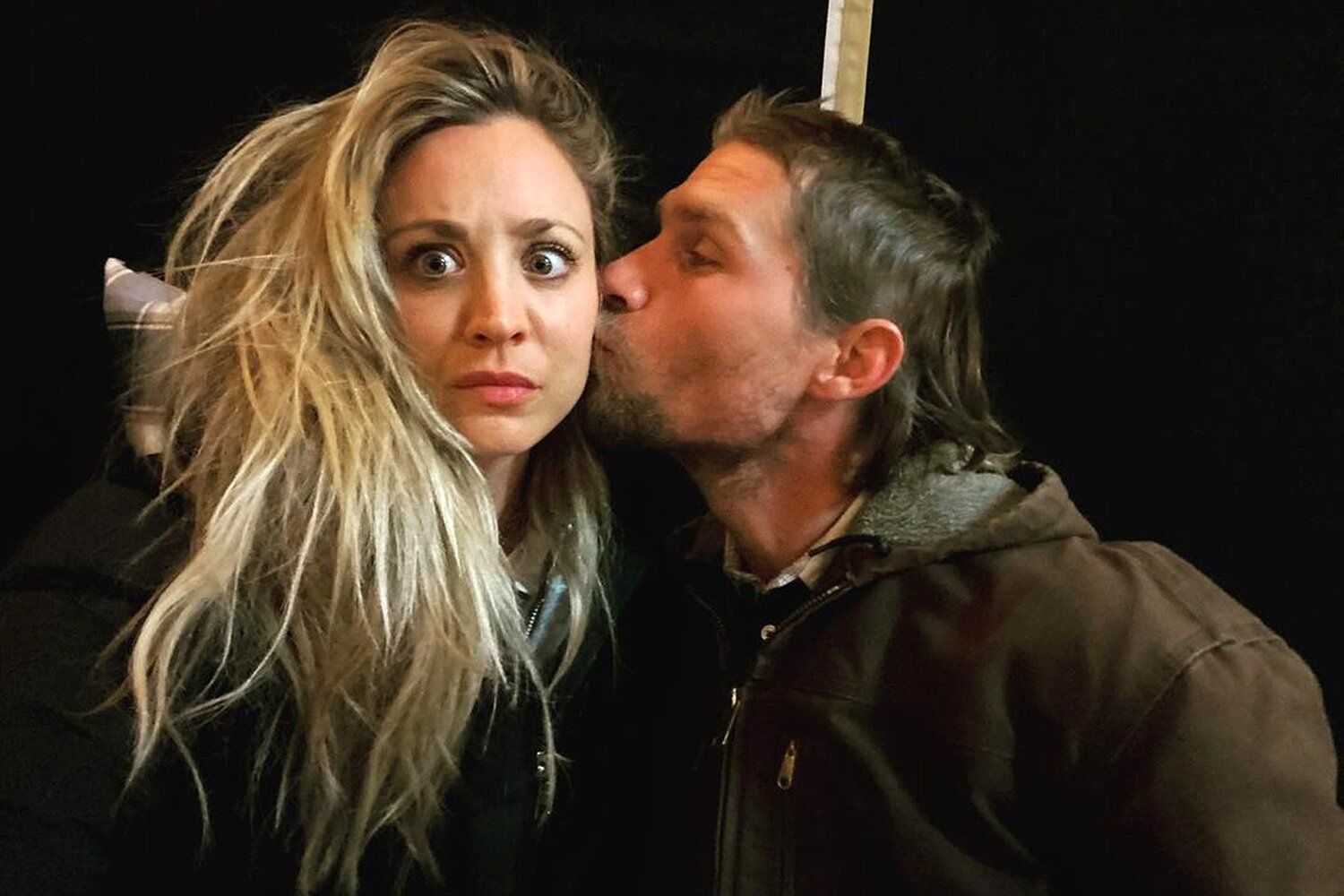 It’s going to take Kaley Cuoco some time to get used to her husband Karl Cook’s new hairstyle switch-up.

After Cook, 30, decided to trim his shoulder-length dirty blonde ‘do into a mullet, Cuoco, 35, snapped a selfie with her man as he gave her a kiss on the cheek and she looked at the camera with a semi-horrified expression on her face.

Then she jumped on her Instagram Story because she wanted “the whole world to know I had nothing to do with this disgusting mullet.” Cook sat next to his wife on the couch as she filmed the video and jumped in to say, “It was Kaley’s idea. She loves my hair! It wouldn’t have happened if she wasn’t okay with it. That’s just obvious.”

Cuoco continued: “I am appalled. I am disturbed and there aren’t a lot of words.”

She later snapped a video of her equestrian husband as he took a break from riding to show her followers his haircut from another angle. “Don’t be jealous ladies. Please try and contain yourselves. He’s taken. Sorry,” the actress joked.

Cook shared a behind-the-scenes look at his hair transformation on his Instagram Story. In the video clips, he parted his hair down the center and tied the front pieces into small sections so they could be easily chopped off.

When the haircut was complete, Cook appeared pleased with the results. “That’s right!!! Business in the front party in the back!” he said. Cook later reposted one of his wife’s videos about his mullet and thanked her for always putting “up with so much shenanigans.”

Cuoco and Cook tied the knot on June 30, 2018, in a ceremony at a horse stable near San Diego, California, attended by close friends and family. They got engaged on her birthday in November 2017 after dating for nearly two years.