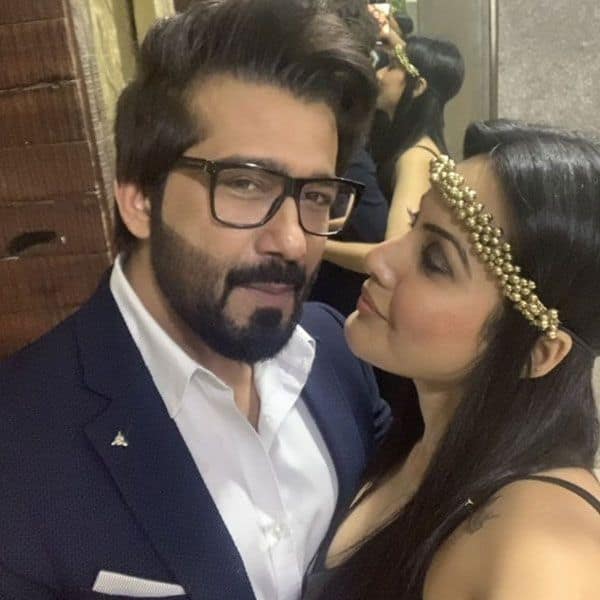 Kamya Punjabi married Shalabh Dang on 10 February 2020. They were seeing each other for about a year before deciding on forever and now, Kamya and Shalabh have been dishing out couple goals quite often. A couple of weeks away from their first wedding anniversary, Kamya Punjabi’s doting husband flew to Mumbai to give her a surprise. The Maryada actress took to her Twitter handle and gushed about her husband’s sweet gesture. It was a special occasion for both as Sunday, that is, 17 January happened to be the date their first spoke to each other. And to celebrate the second anniversary of their first meeting, Shalabh Dang not only dropped by himself, but there was also a special musical performance. Also Read – Bigg Boss 14: Kamya Punjabi is gushing over Rahul Vaidya’s one liner for Arshi Khan

It seems Shalabh really wanted to make Kamya Punjabi feels special and he brought in a musician to sing a song for them. While the musician played the guitar and sang Jab Koi Baat Bigad Jaaye, Shalabh Dang joined him as he crooned the romantic number for Kamya. She filmed it all on her phone and shared it on her Twitter handle. “Surprise visit by husband to celebrate this special day of our lives Red heart Thank you for being you @iamshalabhdang i love you so much #2YearsOfUs,” She wrote in the caption while sharing the video. Check it out here: Also Read – Bigg Boss 14: ‘Touch se problem aapko apne convenience ke hisaab se ho jaati hai,’ Kamya Panjabi SLAMS Eijaz Khan; praises Aly Goni

Surprise visit by husband to celebrate this special day of our lives ❤️ Thank you for being you @iamshalabhdang i love you so much ❤️? #2YearsOfUs pic.twitter.com/K2CUHbyl4N

Earlier, Kamya Punjabi shared a picture with Shalabh reminiscing the same and to commemorate the date. While Shalabh looked into the camera, we see Kamya lovingly looking at him. “2 years of knowing this man n a lifetime of togetherness P.S This day that year (2019) we spoke for the first time @iamshalabhdang,” She wrote. Have a dekko at her Tweet here: Also Read – Bigg Boss 14: Kamya Punjabi lauds Kavita Kaushik for saving Eijaz Khan from being nominated; says, ‘Proud of you, meri jaan’

2 years of knowing this man n a lifetime of togetherness ❤️
P.S This day that year (2019) we spoke for the first time ?? @iamshalabhdang pic.twitter.com/TRmq6SfIQD

Back in 2019, Kamya Punjabi had opened up on planning her wedding and how initially, she was hesitant to marry due to her previous relationships. But within a month of knowing each other, Shalabh had asked Kamya to marry him. “I’m very happy with Shalabh. With him, life is different. Now I know what blushing and glowing in love means. Now I know what it feels like to be head over heels in love with someone. I know what emotional security means,” Kamya said, adding, “I feel so happy and loved and I’m looking forward to another 40 years with him,” Kamya said on being in love with him.

She also opened up on how people judge her for being divorced. “When people tell me ‘oh, he (Shalabh) is ready to accept you, that’s so nice’, I feel like ‘excuse me, what do you mean by ready to accept?’ Just because I’m divorced and a single parent, does that mean I lack something or I’m not good enough?” Kamya had shared. The love they have for one another is evident in that video above, do you really want to question it?