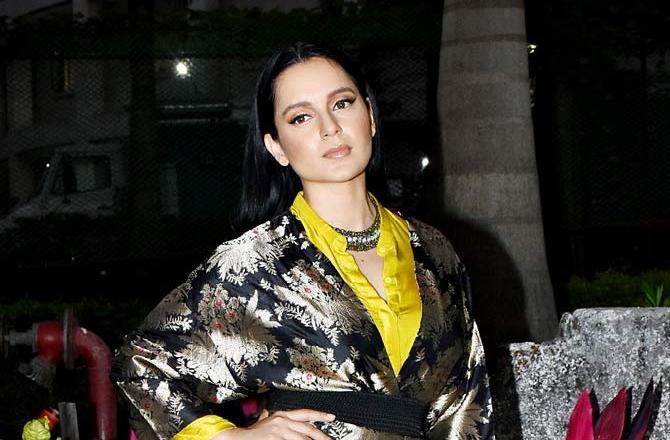 Bollywood actress Kangana Ranaut on Saturday alleged that she has been getting rape and death threats online ever since she opened up on the Farmers’ protest issue. The actress also took a jibe at actors Diljit Dosanjh and Priyanka Chopra.

Kangana posted a video on her verified Twitter account on Saturday where, speaking in Hindi, she claimed: “I have been subjected to emotional and mental lynching online over the past 10 to 12 days. I have even faced rape and death threats. So I am here to ask a few questions to the country.”

Talking about the farmers’ protest, the actress claimed: “There is no doubt that the entire movement is politically motivated. Terrorists have also started taking part in it. I have done my schooling in Punjab and have been brought up in the state.”

Here’s the video I promised, watch when you can ðÂÂÂ pic.twitter.com/0YZxfQfwB2

Opening up on the elderly ladies who protested in Delhi’s Shaheen Bagh and Punjab, Kangana said: “Shaheen Bagh’s daadi can’t read or write but is still protesting to save her citizenship. One daadi from Punjab is using abusive language against me while trying to save her land from the government. What is happening in this country?”

Kangana again took a dig at actors Diljit Dosanjh and Priyanka Chopra: “Friends, how come we have made ourselves so vulnerable in front of terrorists and foreign powers? Every single day I have to justify my intention, whereas I am a patriotic person. What is Diljit Dosanjh and Priyanka Chopra doing? Why doesn’t anyone question them? If I am doing rajneeti (politics) by talking in favour of the country, what kind of neeti are these people doing? Please ask them.”

The video comes a few days after Kangana engaged in a Twitter war with Diljit Dosanjh, and alleged that Diljit and Priyanka were “misleading and encouraging” the agitation, sharing that they would be “hailed by the left media” and given awards.