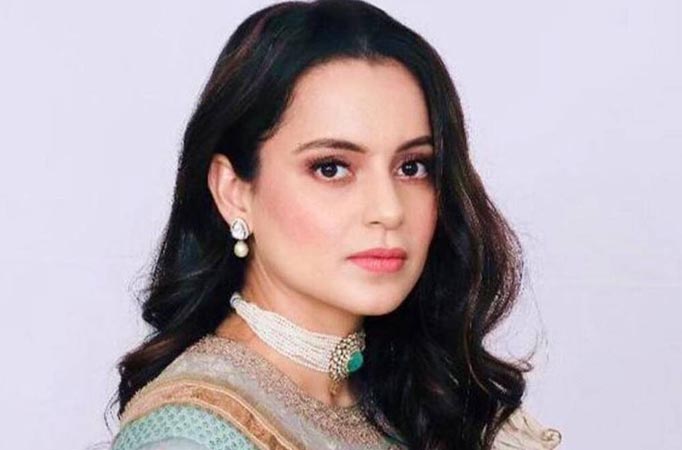 MUMBAI: Actress Kangana Ranaut has been vocal about her views, and over time we have seen the actress getting into some serious arguments due to her point of view. Directly or indirectly addressed to a person, from raising her voice since the SSR case to the Farmer issues, the actress is been grabbing the headlines all over

The actress is set to be seen in movies like Thalaivi and Dhaakad, and recently the actress shared a post on Twitter speaking about her transformation from look of Thalaivi to the look of Dhaakad, that from fat to fit, the actress wrote, “Massive transformation alert, The kind of range I display as a performer no other actress on this globe has that right now, I have raw talent like Meryl Streep for layered character depictions but I can also do skilled action and glamour like Gal Gadot #Thalaivi #Dhaakad”

I am open for debate if anyone can show me more range and brilliance of craft than me by any other actress on this planet I promise to give up my arrogance, until then I can surely afford the luxury of pride #Thalaivi #Dhaakad pic.twitter.com/0RXB1FcM43

Well this post of the actress grabbed the attention of the fans all over, where few fans came in favour of the actress, there are few users who thought opposite and started to troll the actress for this post:

I think you habe become a self obsessed women. No doubt, that you are good in what you are doing but this thinking thay you are the only one is not right… ahankaar sarbnaash ki shuriyaat hoti hai.. pls keep this in mind.

If Meryl Street ever find out about you, she’ll sue you for defamation.

“I” and “me” used 8 times.
Can any psychologist throw light, if this is a normal behavior? pic.twitter.com/seDDPKkuqR

if you’re so talented, show us playing ranbir kapoor’s barfi character on twitter

The birth certificate of @KanganaTeam is actually an apology letter from the condom factory.

Thalaivi and Dhaakad are the upcoming projects of the actress.