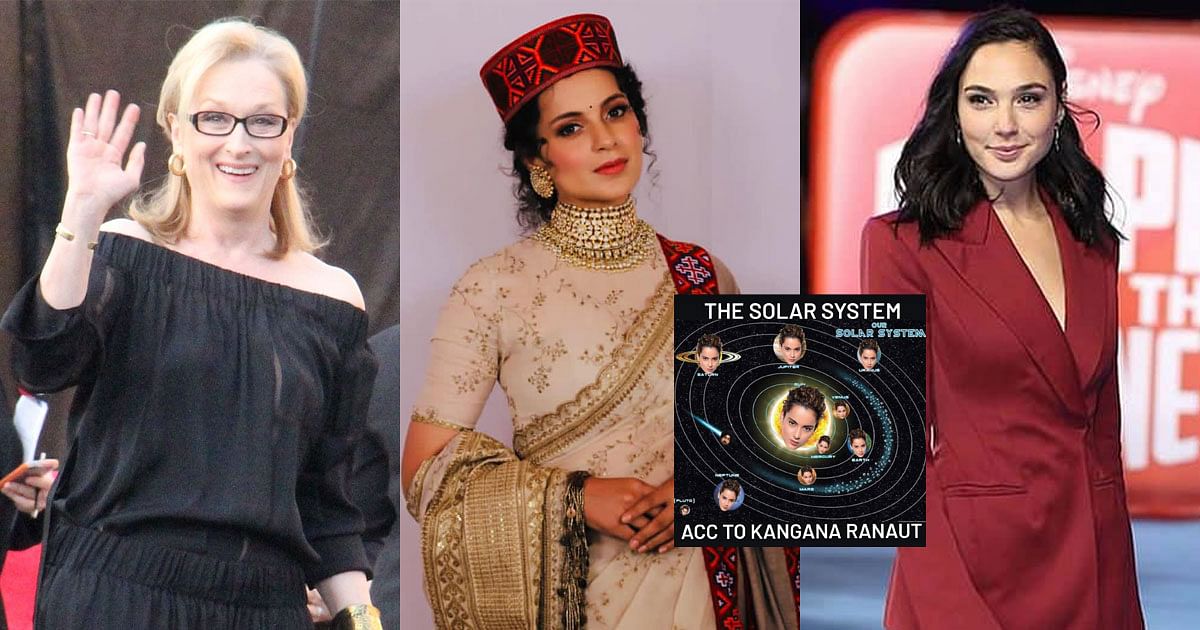 Kangana Ranaut made some rather controversial remarks last evening and is very much at it till now. The actor in a streak of tweets compared herself to Meryl Streep, Gal Gadot and Tom Cruise. That wasn’t it, she also challenged people to bring one actor from around the world with a range of work as varied as hers. The comments made by her were viral in no time, and this time, even her supported cringed a bit and took a backseat. But what it also gave rise to is a meme fest and the biggest in recent time we must say.

If you have been away from the news, in her tweet where she shared a compilation video from Thalaivi and Dhaakad, she compared her self to the likes of Meryl Streep and Gal Gadot. That wasn’t it, this morning she even questioned if Meryl has as many Padma award as she has, when fans were talking about Oscars. This was followed by a parade of memers to her fiery Twitter handle.

Some reactions on Twitter labelled Kangana Ranaut’s tweets as narcissism. A user wrote, “Thank you @KanganaTeam, for not tagging them in this post of yours. Thank you for saving Indians the embarassment of looking like goons in front of the world. And thank you, for enlightening me to an extent that no matter what your movie is and how you act, I will never watch!”

Another in a sarcastic tone wrote, “Chill out guys!! I don’t think she knows who meryl streep is, she just googled best actresses of all time and found Meryl so she compared herself with her. Just like a “wannabe attention seeker” would do. We know how things work differently for Kangana Ranaut, so chill out!”

Meanwhile, there was an abundance of memes, here’s a compilation:

Massive transformation alert, The kind of range I display as a performer no other actress on this globe has that right now, I have raw talent like Meryl Streep for layered character depictions but I can also do skilled action and glamour like Gal Gadot #Thalaivi #Dhaakad pic.twitter.com/fnW3D20o6K

Today most of the comments have been encouraging,the ones who didn’t agree with me just bullied or trolled, didn’t give any logical counter argument/proof of somebody’s filmography which shows range and brilliance like mine. So let’s be fair all n all I stand vindicated, thanks. https://t.co/hmsQogFUvW

Meryl Streep after reading this pic.twitter.com/4qGVdpi4yc

What is your take on Kangana Ranaut’s comments? Let us know in the comments section below. Stay tuned to Koimoi for more!